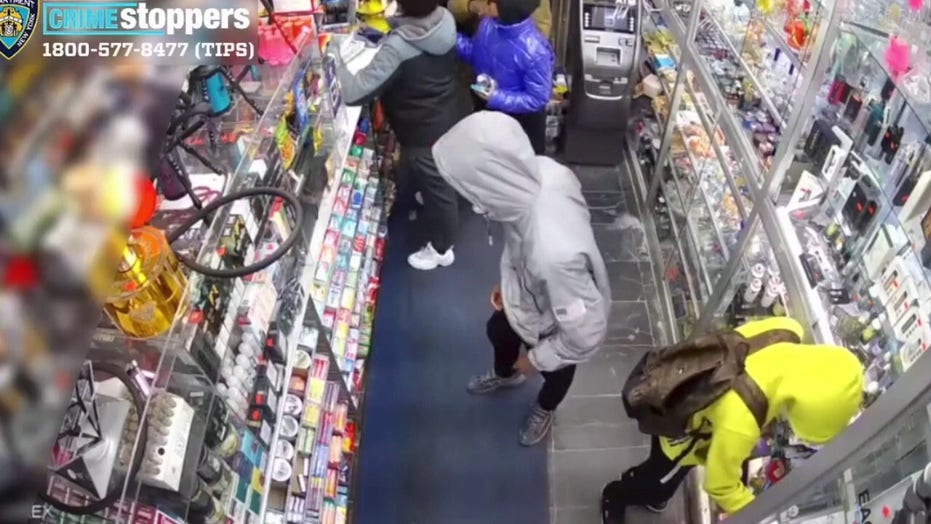 A group of people entered a Brooklyn Newstand & Vape last week and stole various items and cash out of the register, the NYPD said.

The New York Police Department is searching for a group of suspects who were part of a grab-and-go theft at a Brooklyn vape shop last week.

The thieves entered the store around 6:40 p.m. on April 20 and could be seen stuffing various items in their pockets. Some of them also took money out of the cash register, according to the NYPD.

Mayor Eric Adams and other city officials have pledged to crack down on surging crime in the city.

The only major crime category that is down so far in 2022 is murder, which has dropped 13.1% compared to last year.

Grab-and-go, smash-and-grab, and other types of thefts are on the rise in big cities throughout the country.

The individuals in the Brooklyn vape shop theft last week are wanted for grand robbery and Crimestoppers is offering a $3,500 reward.