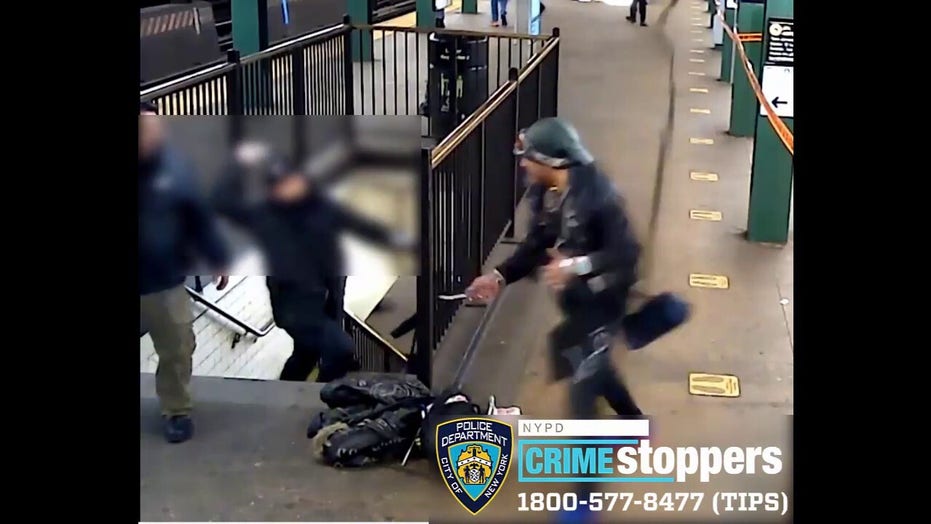 Man slashes stranger at Manhattan subway station after they bump into each other Feb. 27, 2022.

Police are searching for a suspect who allegedly slashed a stranger in the arm after they bumped into each other inside a New York City subway station.

Video of the disturbing Feb. 27 assault appears to show the suspect repeatedly try to slash another man with a large silver knife at about 8 p.m. at the West 4th Street/ Washington Square station.

In the footage released by the New York City Police Department, the victim is shown responding to the attack by hurling a beverage can at the assailant, spraying him with liquid. The victim, 28, sustained a wound to his left hand and was treated at the scene.

The suspect, wearing goggles on his forehead, blue and red sneakers and clutching a black backpack, fled northbound on the A or C train, according to cops.

The video does not show the beginning of the clash when the suspect and a group of three men, including the victim, accidently bumped into each other. 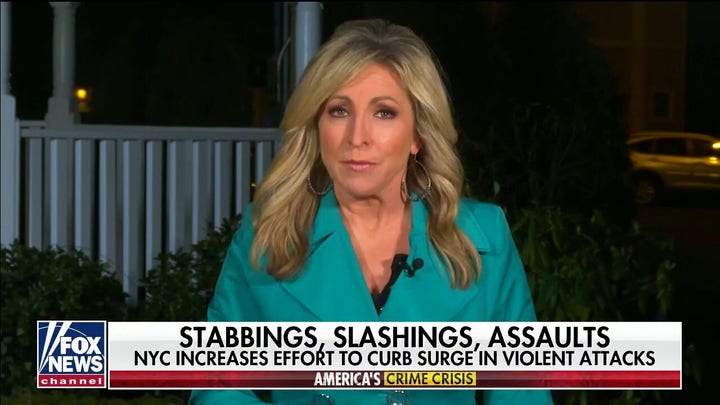 Anyone with information about the incident is asked to call the NYPD's Crime Stoppers Hotline at 1-800-577-TIPS.

The latest assault comes one day after the NYPD released statistics showing New York City subway crime in skyrocketed more than 200% from Feb. 21 to Feb. 27, 2022, compared to the same period in 2021.

A 43-year-old woman was sitting on a bench inside a Bronx subway station Monday when a stranger smeared feces on her head and face, the NYPD said.

Last week, a 57-year-old research scientist for the New York City Health Department was on her way home when William Blount, 57, allegedly struck her repeatedly with a hammer, fracturing her skull, according to police.