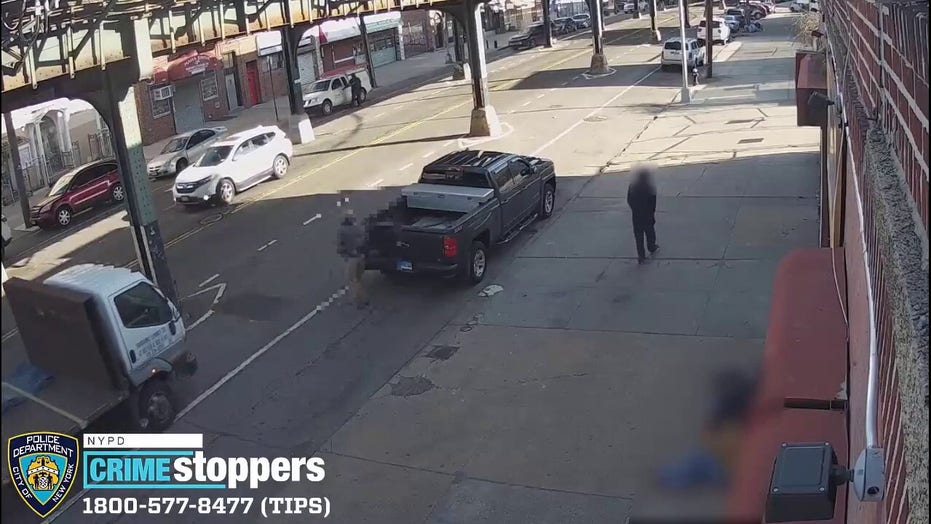 The New York Police Department is looking for a man who allegedly stole a flatbed truck, struck a pedestrian, and then drove away.

Police say that the individual stole the flatbed truck on April 22 at 8:15 a.m. in the Bronx and fled the area.

After stealing the truck, police said that he struck a 49-year-old male before fleeing the area.

The New York Police Department is looking for a man who allegedly stole a flatbed truck and then struck a pedestrian, then driving away. (NYPD)

Surveillance video of the incident released by police show the pickup truck pinning the man on a car before falling onto the street.

The man was taken to a local hospital where he received treatment for severe body trauma and broken bones He was listed in critical but stable condition, according to Fox 5 New York.

The individual who stole the flatbed truck is wanted for grand larceny auto and leaving the scene of an accident.