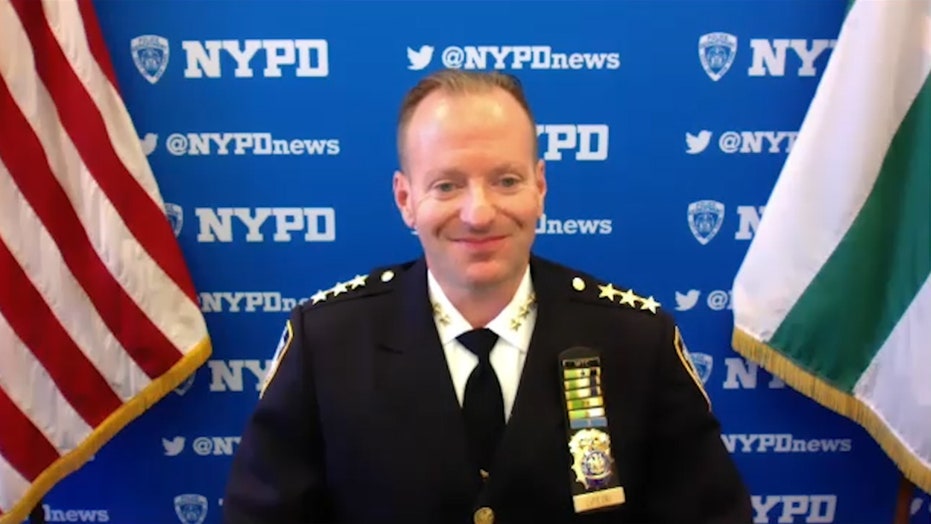 Michael LiPetri, NYPD Chief of Crime Control Strategies, spoke to Fox News Digital about the recent spike in violent crime across New York City and why these criminals remain free to roam the streets.

A wave of NYPD officers has filed for retirement in the weeks following George Floyd's death on May 25, refocusing attention on police morale amid widespread protests and calls to defund law enforcement.

The NYPD told Fox News on Saturday that 272 officers have filed for retirement between Floyd's death and June 23. That represents a 49 percent increase over the same period in 2019.

Resignations and actual retirements have remained relatively stable with 135 retirements in 2020 and 131 during the same time last year. According to the department, that's because the recent spate of filings hasn't been processed yet. The department saw 35 resignations in 2019 compared to 36 so far in 2020.

Hundreds of police officers have reportedly been injured as protests, at times violent, rocked the nation. That included hundreds from the NYPD as the city weighed cutting its budget and transferring funds to other programs in the city.

"We are all asking the same question: ‘How can we keep doing our job in this environment?’" he said. "And that is exactly what the anti-cop crowd wants. If we have no cops because no one wants to be a cop, they will have achieved their ultimate goal.”

On Thursday, the Post reported that a Bronx precinct commander decided to quit over the NYPD's handling of police reform. Deputy Inspector Richard Brea reportedly took issue with the department's decision to disband its anti-crime unit.

Amid growing unrest, politicians have proposed a variety of reforms at the federal and local levels. Departments across the country have also seen a slew of firings related to controversial police encounters.

Former Atlanta Police Officer Garrett Rolfe was fired quickly after he shot and killed 27-year-old Rayshard Brooks in what some have defended as a justified use of force. After the city charged Rolfe with murder, a wave of the city's police officers called out of work.

Those calling for reform have generally argued that the justice system is plagued by systemic racism and needs sweeping change to protect African-Americans from brutality.

On Thursday, the House of Representatives passed a large police reform proposal, which was described by its sponsor as a "victory" against police brutality.

“Today’s bipartisan passage of the George Floyd Justice in Policing Act in the House is not just a victory for the Congressional Black Caucus and its founding members who first championed legislation to address the issue of police brutality," Rep. Karen Bass, D-Calif., said.

"This is a victory for our entire country. For far too long, Black Americans have endured systemic racism and discrimination -- especially from police. Congress may have written this bill, but the people own it. Now that this historic bill has passed the House, we call upon our colleagues in the Senate to commit to a good faith negotiation on the provisions put forward by the House in the George Floyd Justice in Policing Act.”