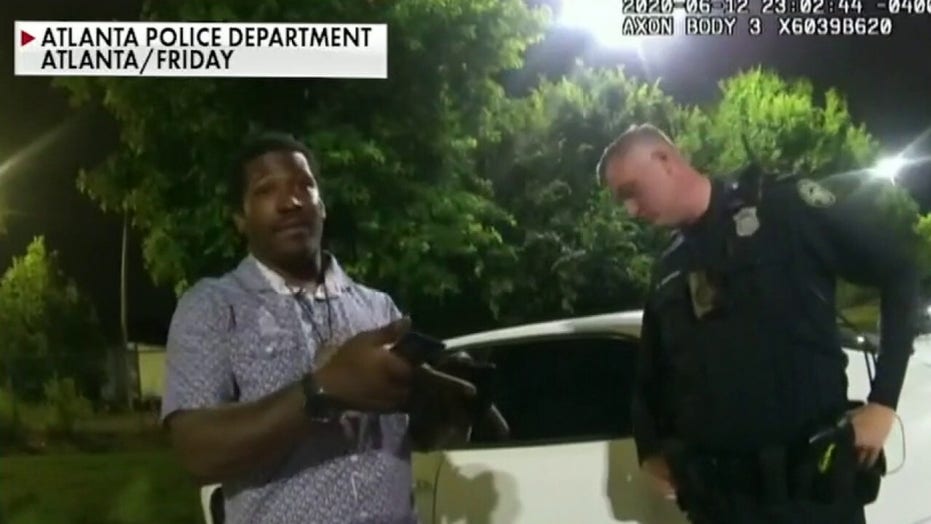 Officer faces 11 charges; reaction and analysis on 'The Five.'

Atlanta police disputed claims that a large number of officers had walked off the job Wednesday after prosecutors announced charges in connection with the police-involved death of Rayshard Brooks -- but acknowledged that a “higher than usual” number of officers called out of work.

The department added that it still has enough resources to maintain operations and respond to calls.

Fulton County District Attorney Paul Howard Jr. announced 11 charges against fired former officer Garrett Rolfe, including felony murder -- which could lead to the death penalty if he is convicted -- and three charges against officer Devin Brosnan, who has been reassigned.

After Howard’s news conference announcing the charges, some critics called for officers to walk off the beat -- and rumors circulated on social media that they had begun to do so.

But the Atlanta Police Department said repeatedly throughout the day that reports about officers resigning by the dozen were inaccurate.

Later in the evening, Jason Segura, the president of the International Brotherhood of Police Officers Local 623, told Fox News that Atlanta officers were calling out, quitting or transferring to other jurisdictions.

Segura also accused the district attorney of having political motives for rushing the case.

Atlanta Mayor Keisha Lance Bottoms addressed the issue in an appearance on CNN Wednesday night, saying that she didn’t have an exact count of the officers who had called out.

“What I do know is that we do have enough officers to cover us through the night,” she said. “And our streets won’t be any less safe because of the number of officers who called out.”

When CNN host Chris Cuomo pressed her for more details, she said that the city could receive additional law enforcement help from county and state agencies and added that she was concerned about repairing morale among officers.

Brooks was shot and killed outside a Wendy’s restaurant were he brawled with police after apparently falling asleep in his car and allegedly failing a field sobriety test. During the struggle, he took Brosnan’s Taser and fled.

Brosnan's attorneys said he suffered a concussion when Brooks knocked him to the ground.

Rolfe chased him down and shot him. The fired officer’s lawyers said their client feared for his safety and the safety of the numerous bystanders as the scene unfolded next to a line of idling cars in the Wendy’s drive-thru lane.

Video shows Brooks turned and discharged Brosnan’s stolen Taser in his direction right before the shooting.

Investigators said they reviewed eight different videos of the incident and spoke with at least 10 witnesses before announcing the charges. Howard said some of the footage showed Rolfe kicking Brooks after the shooting and before rendering aid.

Some of the charges against Rolfe came in connection with a stray bullet that struck one of the vehicles outside Wendy’s, which had passengers inside.