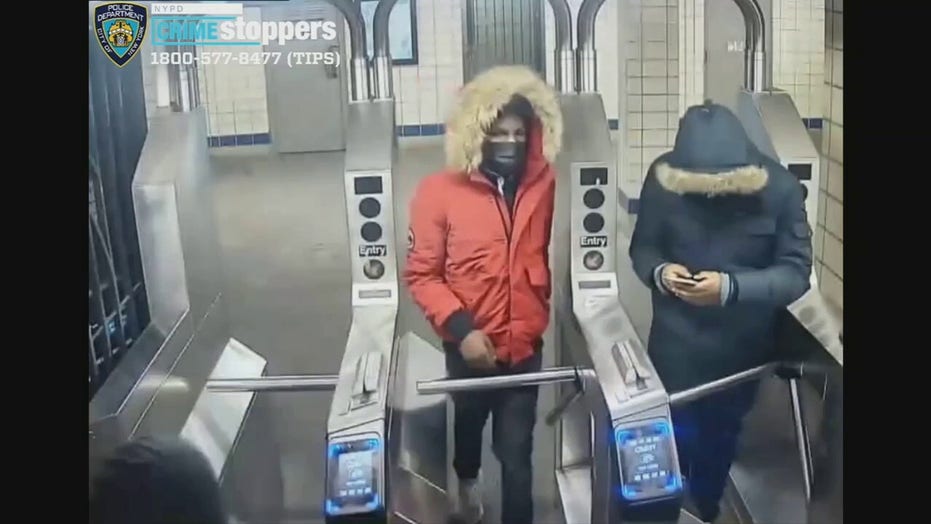 Police are looking for seven people who attacked a 14-year-old boy in Brooklyn.

The homeless man accused of pushing Michelle Go into an oncoming train inside a New York City subway station has been deemed unfit to stand trial, the Manhattan District Attorney's Office said.

In response to the mental evaluation results for Martial Simon, 61, prosecutors have requested two weeks to review the case, the DA's office told Fox News.

The case is adjourned until April 19.

Simon has been in custody since his arrest for Go's Jan. 15 death. She was standing on a platform inside the Times Square subway station when he allegedly pushed her into an oncoming R train as it was rolling into the station.

She died at the scene. He is charged with second-degree murder.

"Mr. Simon was in the throes of mental illness when Ms. Go was killed and in desperate need of hospitalization," Stan German, executive director of New York County Defender Services, said in a statement to Fox News. "Accordingly, he will now go to a psychiatric hospital where he will receive the medical care he has needed for some time until he is stable enough to understand the proceedings against him and resume with his criminal case."

"Ms. Go's death is a tragedy beyond comprehension and demonstrates the devastating consequences of the city's unwillingness to fully fund community-based mental health treatment," he added. "This case illuminates how fundamentally broken our existing public mental health system truly is."

Simon has a criminal history, which includes arrests for attempted armed robberies of cab drivers and has been on parole.

Authorities said the incident was "unprovoked" and that Go did not appear to know Simon but that he confronted her minutes before she was pushed.

The attack prompted calls to combat the rise in hate crimes against Asians and highlighted the uptick in violence in New York City's troubled transit system. Crimes in the subway system have skyrocketed this year amid a series of violent attacks on straphangers.

As of March 20, there were 504 transit crime complaints, compared to 288 in the same time frame last year, according to police data.