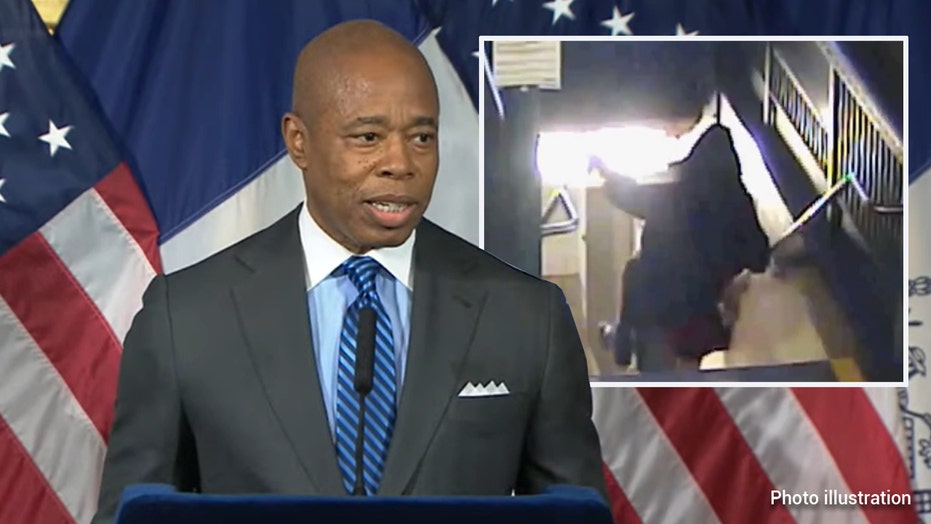 New York City Mayor Eric Adams is praising a research scientist who was attacked with a hammer while entering a subway station earlier this year, after the now-recovered woman sat down for her first interview since the assault left her with a fractured skull.

Dr. Nina Rothschild told WNBC-TV she does not plan to ride the city subways in the short-term, and described how recent crimes in the transit system seem "exceedingly violent, bizarre, and revolting."

She's lucky to be alive

Rothschild, 57, was on her way home from work and was entering a Queens subway station around 11:20 p.m. on Feb. 24, when she was attacked. Suspect William Blount approached her from behind and began kicking her and whacking her with a cane before pulling out a yellow hammer and unleashing an even more violent attack, police have said.

Video provided by the New York Police Department shows Blount swinging the hammer repeatedly at the victim’s head. He allegedly struck her 14 times, before calmly taking her purse and sauntering away.

"I kept yelling, ‘Stop! Stop! Stop!’" Rothschild recalled in the interview. The New York City Health Department worker declined to speak with FoxNews.com when contacted earlier this week, but said in a message that she felt "as though the police officers and the doctors and nurses at Weill Cornell who saved my life should be the focus of the news story rather than me."

Rothschild told the news station she would like to see a change in the bail reform policy that releases criminal offenders free before trial.

Blount, also 57, was charged with attempted murder, robbery and assault. He was ordered held without bail and remains behind bars.

Although Rothschild said she does not plan to ride the subway in the near future, Adams called her interview "crucial" in spreading the word about his efforts to make the city safer.

"This was a city employee," he said during an unrelated press conference Wednesday. "The thought of getting hit with a hammer over – he was brutal … I'm pretty sure we're all happy that she's alive. She's lucky to be alive. And, you know, just optimistic about her city."