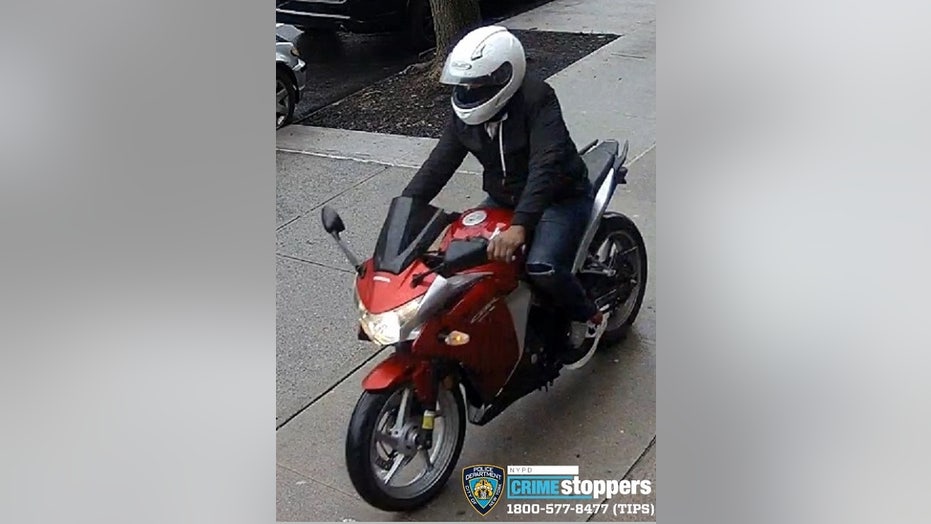 A suspected thief accused of ripping necklaces off women in New York City while on a motorcycle is being sought by authorities, police said Monday.

The woman fell to her knees but refused medical attention. At around 1:30 p.m. the same day, a 30-year-old woman was waiting to cross the street in northern Manhattan when the suspect approached from behind. He took the necklace and pendant she was wearing and fled.

The jewelry was worth an estimated $405, the NYPD said.

Minutes later, at around 1:45 p.m., the suspect again came behind a woman, 27, and tried removing her necklace but was unsuccessful, police said.

A short time later, the suspect approached a 36-year-old woman standing in front of a beauty shop. When he tried removing her necklace, the chain broke and fell on the ground, police said.

The victim was able to recover the jewelry, which was valued at $1,100, according to the NYPD. The suspect fled and the victim was not harmed.

The suspected thief was described as a man around 40 years of age with a medium build. He was last seen wearing a black jacket, blue jeans ripped at the knees, black and gray sneakers and riding the motorcycle with a white helmet.