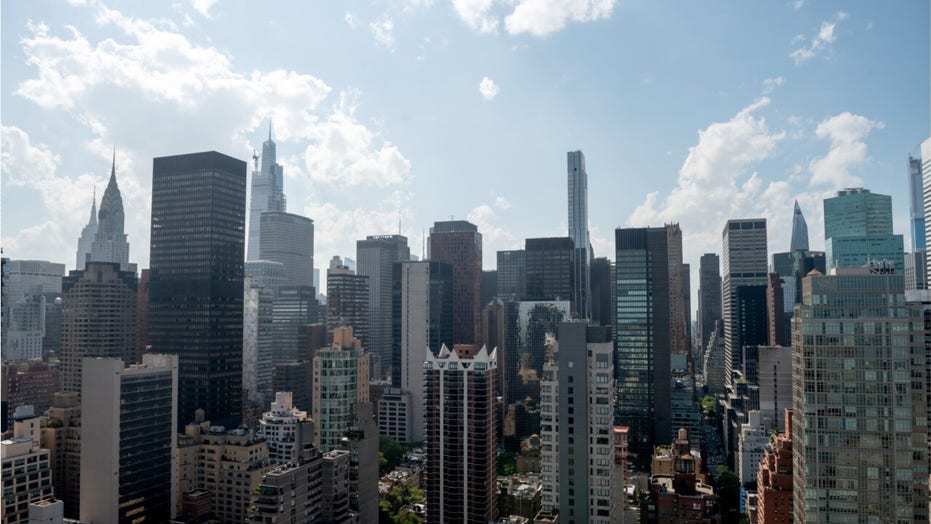 New York City’s uptick in crime has made it to the steps of America’s ultra-rich with robberies at gunpoint increasing.

A portion of New York City’s Upper East Side, which reportedly boasts residents such as billionaire Glenn Dubin and hedge funder John Paulson, has been riddled with a recent uptick in crime, including a weekend gunpoint robbery spree, police said.

The New York Police Department’s 19th Precinct oversees the Upper East Side between East 59th Street and East 96th Street, described by the NYPD as “one of the most densely populated residential areas in Manhattan.”

Over roughly the past month, the precinct has seen robberies skyrocket 286% compared with the same period last year, with 27 reported incidents, the precinct wrote on Twitter. Five of them were gunpoint robberies.

The 19th Precinct has seen 14 gunpoint robberies so far this year. In all 2019, it reported four.

NYC RESIDENTS TALK TO LAWRENCE JONES ABOUT INCREASE IN CRIME, SQUALOR: 'IT'S BEFORE THE GIULIANI ERA'

Around 9:30 p.m. Saturday, a 45-year-old man was approached by four people in the area of East 73rd Street and York Avenue. The quartet flashed a gun and robbed the man of his cellphone before running off.

Aerial view over the Upper East Side of Manhattan and Central Park (R) in New York City. (STAN HONDA/AFP via Getty Images)

Then, roughly 40 minutes later, the group struck just over 11 blocks away, approximately one mile, in the area of East 65th Street and Lexington Avenue, police said. An 18-year-old man told police he was approached by four people who also displayed a gun and took the victim’s wallet before fleeing.

Just minutes later, at 10:20 p.m., a man and woman, both 22, told police they, too, were robbed at gunpoint by a quartet in the Central Park footpath near East 84th Street and Fifth Avenue. They ran off with the woman’s cellphone, but no one was injured, police said.

Police said they ultimately arrested three teenagers – two 16-year-olds and one 17-year-old – in connection with the spree and charged then with first-degree robbery. They also recovered the loaded gun.

It was not immediately clear if police are still looking for a fourth person.

Many of the areas hit during Saturday night’s spree are only a stone’s throw from where the ultra-wealthy are said to live.

According to The Real Deal.com, billionaires John Paulson and Glenn Dubin live just blocks, if not a block, from the East 84th Street robbery.

Paulson, worth an estimated $4.2 billion, according to Forbes, founded hedge fund company Paulson & Co in the mid-90s. He is known for making his fortune betting against subprime mortgages as the American economy headed toward collapse in 2007.

Dubin, 63, co-founded Highbridge Capital Management in 1992 before selling to JP Morgan Chase 12 years later, according to Forbes, which reported that the hedge funder boasts an estimated net worth of $2 billion.

According to The Real Deal, Dubin coughed up $32 million in 2006 to buy a Fifth Avenue apartment previously owned by fellow billionaire David Koch.

The gunpoint robbery near East 65th Street and Lexington Avenue is a mere block away from the home of billionaire financier Henry Kravis, according to TRD. Forbes has estimated Kravis' worth at $6.5 billion.

Kravis, 76, is one of the founders of the investment firm Kohlberg Kravis and Roberts Inc. Forbes reported he has put $125 million toward Columbia University’s Business School.

The East 65th Street robbery also occurred fewer than 10 blocks from 740 Park Ave., which is home to the “world’s richest apartment building,” according to a 2006 book by Michael Gross.

New York Gov. Andrew Cuomo briefly addressed the topic of crime and other issues affecting New York City in the context of the ultra-wealthy during a Monday afternoon press conference, when he was asked if he’s considered imposing a millionaire's tax.

“We used to be worried, millionaire’s tax, people might leave,” he said, in part. “No, no, the burden shifted – we’re trying to get people to come back.”

The Democrat said there was a host of issues that needed to be addressed, and a millionaire’s tax would likely further prevent these people, who are able to afford to go elsewhere, from returning to New York, especially the Big Apple.

“COVID is under control, we’re going to make progress helping the homeless, were going to clean up the graffiti, we’re going to fix crime,” he said. “On top of that, you want to say, ‘And by the way, when you come back, you’re gonna get a big tax increase’?”

A single percent of New York’s population pays half of the state’s taxes, he said, “and they’re the most mobile people on the globe.”

“I literally talk to people all day long, who are now in their Hamptons house, who also lived here, or in their Hudson Valley house or in their Connecticut weekend house,” Cuomo continued. “They’re not coming back right now. And you know what else they’re thinking, if I stay there, they pay a lower income tax because they don’t pay the New York City surcharge. So, that would be a bad place if we had to go there.”