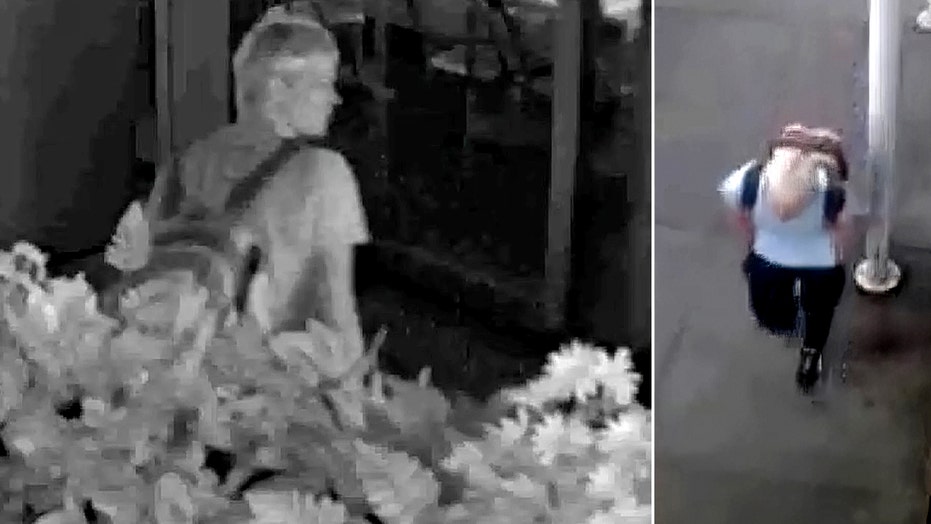 Cephas watched the same footage and agreed it was one of their regular patrons. He walked into the NYPL's Stavros Niarchos Foundation Library, on Fifth Avenue and West 40th Street, shortly thereafter.

"We waited for him to come in, he actually came in yesterday and we spotted him at the door. I watched him upstairs …[he] went into the elevator," said Cephas, who has worked for the library for 22 years. "I followed him on the cameras, to see what floor he went on. He went to the seventh floor, got off, went into the bathroom and locked himself in like he normally does."

Zajonc visited the library as much as six to seven times each week, and would often venture up to the seventh-floor rooftop and lock himself in a single-stall bathroom, then change his shoes, take out his laptop and "get real comfortable," Cephas, 53, said.

"I called 911 and they came and within minutes we all went upstairs. I knocked on door and within a couple minutes he came out and they arrested him," Cephas went on.

Investigators with the New York Police Department’s Hate Crimes Task Force are on the hunt for the man accused of attacking the seven Asian or Asian-American victims in Manhattan on Feb. 27, 2022 (NYPD)

Zajonc appeared surprised, but remained mostly quiet other than to tell police his name and information. "Then they walked him out."

"It feels great," said Cephas. "I’m glad that he can no longer hurt anybody else. That’s one less person on the street that can do what he did."

Iris Weinshall, NYPL's chief operating officer, said in a statement Wednesday that he was "so proud (but not surprised) of their quick thinking and good work."

"Our guards have the extremely challenging job, especially under recent circumstances, of keeping our branches safe and welcoming for all New Yorkers," said. "They do this extremely well every day, but today went above and beyond to help the NYPD keep our streets safer."

The NYPD said Tuesday investigators with the department’s Hate Crimes Task Force were searching for the man accused of assaulting seven Asian or Asian American victims in Manhattan on Sunday night – without saying a word and without having any prior interactions with them.

Zajonc allegedly carried out his attacks against women ages 19 through 57 and over the course of just more than two hours, typically punching or elbowing them in the face or body.

The home address that Zajonc provided police is for a homeless shelter on East 32nd Street.

The anti-Asian attack pattern was announced just hours before the NYPD released its latest crime statistics, which showed hate crimes soared by 200% year over year from Feb. 21 to Feb. 27. Six hate crimes were reported this year during the most recent week period, compared to the two in 2021. Hate crimes are up 142.9% year to date, with 85 reported so far in 2022 compared to the 35 recorded during the same time last year, the NYPD said.