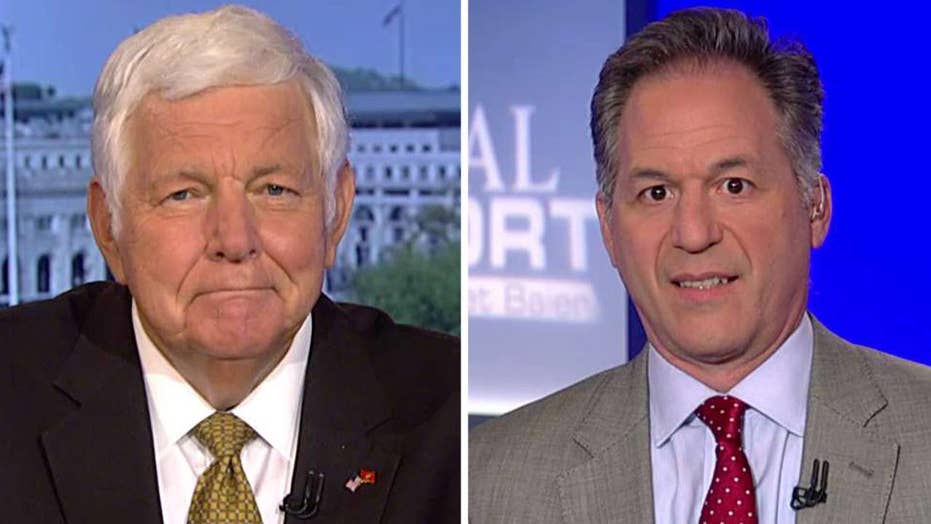 How strong is America's nuclear arsenal?

In the event of a nuclear attack, the U.S. government has a website prepared with tips and suggestions.

Ready.gov was launched in 2003 as a “national public service campaign designed to educate and empower the American people to prepare for, respond to and mitigate emergencies,” according to the website.

“The danger of a massive strategic nuclear attack on the United States is predicted by experts to be less likely today. However, terrorism, by nature, is unpredictable,” Ready.gov’s nuclear attack website states.

Here’s what to do before, during and after a nuclear attack.

To ready for a nuclear attack, individuals should have in place a family emergency plan and an emergency supply kit, according to Ready.gov.

A family plan should include details for an evacuation route, where to shelter, how to communicate with other family members and a plan to receive emergency alerts and warnings. It should also include instructions for medications a family member might require, dietary needs and pets.

Ready.gov also suggests that individuals identify what – if any – building has been designated as a “fallout shelter” – a protected space with walls and a roof thick enough to absorb radiation – in the community.

In the event of a nuclear attack, individuals should follow instructions provided by emergency response personnel.

Individuals should also attempt to quickly take cover, preferably below ground, and remain sheltered in place until otherwise instructed.

Good places to shelter, according to Ready.gov, include: a brick or concrete building, a multi-story building and a basement.

NORTH KOREA BACKS OFF GUAM, BUT STILL HAS WARNING FOR US

Should one be caught outside during an attack, Ready.gov warns against looking directly at a flash or fireball as it can be blinding.

Following an attack, those affected might not be allowed to come out of a shelter for a few days and might need to evacuate to a safer, unaffected area.

“The heaviest fallout would be limited to the area at or downwind from the explosion. It might be necessary for those in the areas with highest radiation levels to shelter for up to a month,” Ready.gov instructs.

For those caught outside during an attack, getting clean and removing any radioactive material from one’s body is the first step.

NORTH KOREA'S NUCLEAR WEAPONS PROGRAM HAS GROWN WITH EACH REGIME

Contaminated clothing should be placed in a plastic bag that can be sealed or tied. That bag should be taken as far away from people and animals as possible.

Individuals caught outside should also take a shower with soap and water – but people should not scrub or scratch the skin. Hair should be washed thoroughly with shampoo or soap and water. However, conditioner should be avoided because it could bind radioactive material to one’s hair.

Additional tips can be found at Ready.gov.