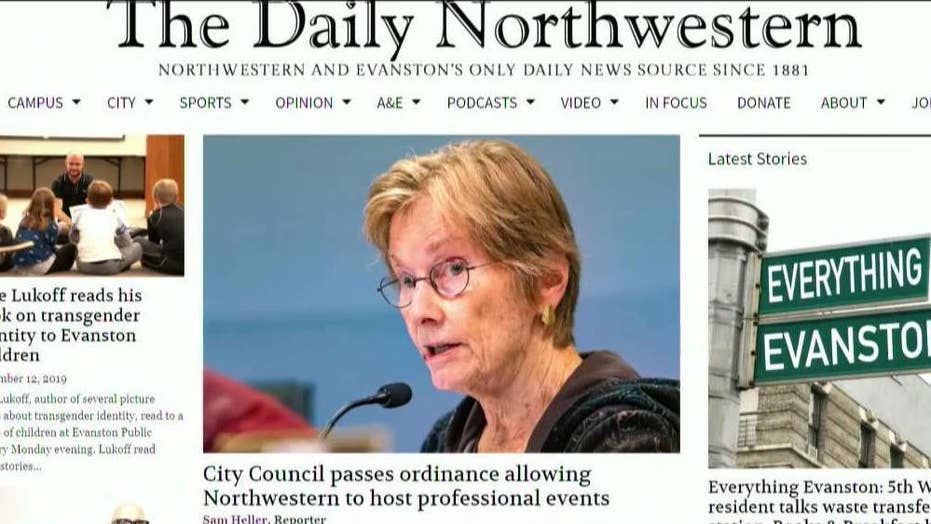 Some of the students who protested former U.S. Attorney General Jeff Sessions' speech at Northwestern University in Illinois last month will receive citations including fines for trying to get in the way of police, university officials announced Sunday.

“Following a month-long Northwestern University Police Department (NUPD) investigation, a small number of individuals have been issued citations by NUPD for disorderly conduct and interfering with the duties of a police officer. Each citation carries a maximum fine of $125. The citations are civil actions and do not create a criminal record,” the officials said in a statement.

They added: “The citations were issued for conduct directed toward police, such as pushing, grabbing or kicking police officers as they attempted to perform their duties and secure the building.”

Sessions’ speech, titled “The Real Meaning of the Trump Agenda,” was sponsored by Northwestern’s College Republicans, whose decision to invite the former U.S. senator from Alabama was debated on campus for weeks.

“I’m just gonna tell you: This is stupid. This is not right,” Sessions said at one point, according to tweets posted by Northwestern student journalists. “This great university ... should not be putting up [with] this kind of trash.”

The school on Sunday reiterated: “Northwestern supports vigorous debate and free expression, ideals that are core values to our institution.”

Numerous appearances by conservative speakers on the nation’s college campuses have been disrupted or postponed in recent years amid what’s come to be called “cancel culture” — the efforts by some groups to silence any speakers with whom they disagree.

One student, identified as Zachery Novicoff, told campus publication North by Northwestern he didn’t believe Sessions should be welcome.

The Daily Northwestern faced backlash after it ran a nine-paragraph apology for the way the paper covered the Sessions speech.

Later, the university's journalism dean defended the paper, although he called its apology "heartfelt, though not well-considered."

Sessions delivered a 45-minute speech and answered questions for another 30 minutes.