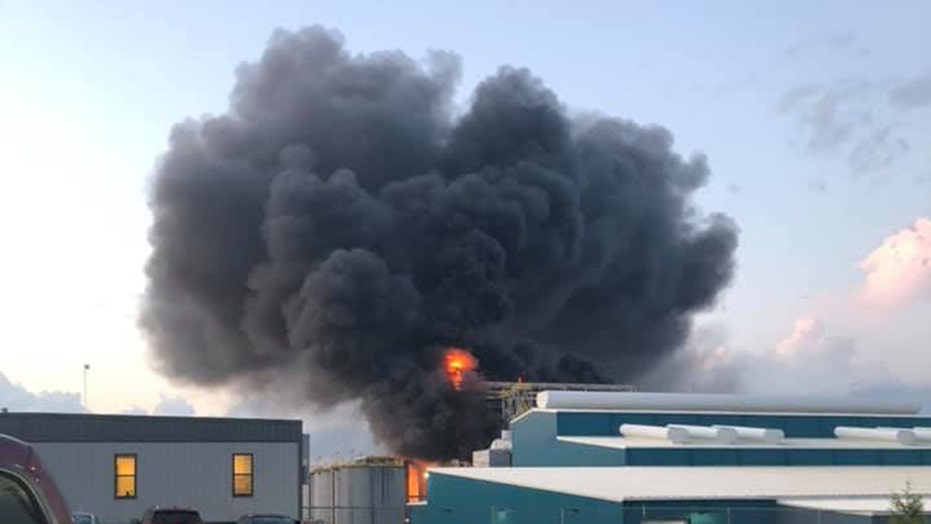 A raging fire at a zinc production plant in North Carolina forced the evacuations of residents and firefighters Monday after sulfuric acid began spewing into the atmosphere.

The blaze at the American Zinc Products plant in Mooresboro sent police knocking on homeowners’ doors early morning warning people within a half-mile of the facility to flee the area.

"The concerns are not necessarily the zinc. The concern is that sulfuric acid has been released,” Rutherford County Assistant Fire Marshall John Greenway told Fox Carolina. “We've had the decontamination firemen out here and their gear tested positive as hazardous.”

MICHIGAN MAN DIES AFTER FALLING INTO TANK OF SULFURIC ACID

The fire at the American Zinc Products plant in Mooresboro, N.C., forced the evacuations of both local residents and firefighters. (Chesnee Community Fire Department Inc)

The cause of the blaze – which started Sunday night and now, according to WLOS, has been put out – is unclear. The station says the multiple fire departments that have responded to the scene are still applying water through remote-operated nozzles.

An evacuation shelter has been set up at a local high school, Fox Carolina reported.