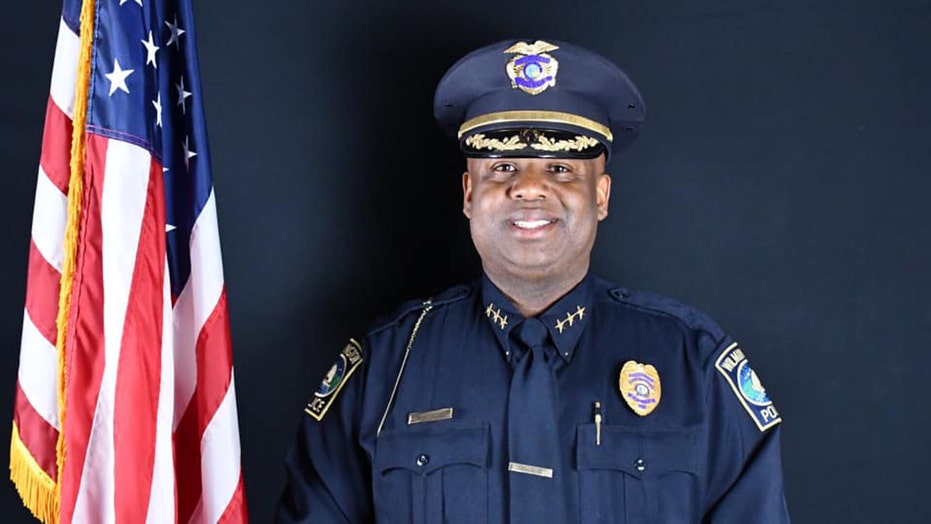 Three veteran North Carolina law enforcement members were fired Tuesday after a department vehicle’s dash camera footage revealed conversations laced with profanity and racial slurs and discussing the “slaughter” of black people and the need for the second “civil war.”

The Wilmington Police Department fired Cpl. Jessie E. Moore II and Officers Michael “Kevin” Piner and James “Brian” Gilmore after an internal investigation uncovered extensive violations of policies regarding standards of conduct, criticism and the use of inappropriate jokes and slurs.

“We are just gonna go out and start slaughtering them f---ing ni----,” Piner reportedly said in perhaps the most troubling part of the lengthy recording.

He also said a second civil war was needed to “wipe ’em off the f---ing map.”

Police Chief Donny Williams, a 30-year veteran of the force, made the announcement less than 24 hours into his first day as chief, Port City Daily reported. He was cleared by Wilmington City Manager Sterling Cheatham to release documents detailing the conversations given the “extraordinary circumstances.”

“Today is a challenging day for me because as your police chief, one of my first major tasks is to announce the termination of three veteran police officers,” Williams said at a news conference on Wednesday, according to the local newspaper.

“When I first learned of these conversations, I was shocked, saddened and disgusted,” the new chief said. “There is no place for this behavior in our agency or our city and it will not be tolerated.”

The officers admitted it was their voices on the video and didn’t deny any of the content, according to the internal investigation. When interviewed separately, the officers denied that they were racists and blamed their comments on the stress on law enforcement in light of the protests over the death of George Floyd in police custody in Minneapolis at the end of May.

North Carolina state law normally prevents government agencies from releasing information on personnel, and an attorney representing the officers filed an injunction to block the release of those records.

A judge denied that motion after the City Council voted unanimously to hand out documents detailing the conversations. Williams said he was still working with a judge to determine whether the footage itself can be released.

“Why are we releasing this information this way and at this time?  Because it is the right thing to do,” Williams said. “This is the most exceptional and difficult case I have encountered in my career.  We must establish new reforms for policing here at home and throughout this country.”

According to the department, Sgt. Alison Heflin was conducting a monthly video audit on June 4 and came across footage from Piner’s police vehicle classified as “accidental activation.” Upon listening to the footage, she heard “extremely racist” comments made by Piner and Moore and contacted the department administrator for the camera system to report the matter.

At the 46-minute mark of the video, Piner and Gilmore began talking from their respective cars pulled next to each other, according to the internal investigation.

“Their conversation eventually turned to the topic of the protests against racism occurring across the nation. Piner tells Gilmore that the only thing this agency is concerned with ‘kneeling down with the black folks.’ Gilmore then said that he watched a video on social media about white people bowing down on their knees and ‘worshipping blacks,'” according to the summary released by the department.

The conversation ends when Piner leaves to respond to an alarm call. Piner received a phone call from Moore about 30 minutes later.

“Moore began telling Piner about an arrest he had made at work the day before. During that conversation, Moore refers to the female as a ‘negro’ and a ‘ni---‘ on multiple occasions,” according to the summary. He also refers to a judge, who is black, as “a f---ing negro magistrate.”

“At one point, Moore states, ‘she needed a bullet in her head right then and move on. Let’s move the body out of the way and keep going.’ Piner responds, ‘That’s what I have been trying to tell you,'” according to the summary.

Their conversation then took a turn to discuss a potential second “civil war.”

“Piner tells Moore later in the conversation that he feels a civil war is coming and he is ‘ready.’ Piner advised he is going to buy a new assault rifle in the next couple of weeks. A short time later Officer Piner began to discuss society being close to ‘martial law’ and soon ‘we are just gonna go out and start slaughtering them f---ing ni—–. I can’t wait. God, I can’t wait.’ Moore responded that he would not do that. Piner stated, ‘I am ready.'” according to the summary.

“Officer Piner then explained to Cpl. Moore that he felt society needed a civil war to ‘wipe ’em off the f---ing map. That’ll put ’em back about four or five generations.'”

This comes a month after George Floyd, a black man, died in police custody on May 25 when a white Minneapolis police officer knelt on his neck for nearly nine minutes while three other officers failed to intervene.

The video of the incident sparked weeks of protests against police brutality and racial injustice, as well as rioting and looting and violent clashes between demonstrators and officers. The country has seen the destruction and removal of Confederate statues and other historic monuments, as well as calls from Black Lives Matter to defund law enforcement.

Williams recommended the three officers not be eligible for rehire in Wilmington and reported their behavior to the North Carolina Criminal Justice Training and Standards Commission, which determines whether officers can maintain their state certification. The chief also consulted the district attorney’s office to determine if the officers committed any crimes or showed bias toward defendants when testifying as witnesses in criminal cases.