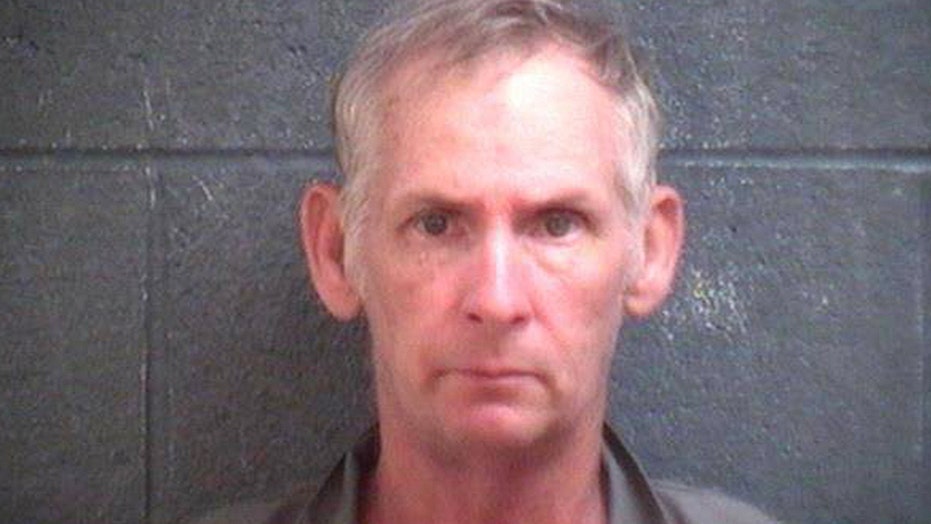 A North Carolina man was arrested after allegedly using a Honduran woman as a sex slave and holding her — and her 8-month-old baby — against her will for months, police said.

James Peterson, 54, was hit with a slew of charges after the 24-year-old woman dialed 911 on Aug. 9, claiming she was being held against her will at an address in Willard, a city roughly 35 miles north of Wilmington.

The woman, who was allegedly kept captive by Peterson for two months, called emergency officials after she believed Peterson had stepped away and left her alone, according to the call, obtained by WWAY.

James Peterson, 54, was arrested after he allegedly held a Honduran woman and her 8-month-old baby for months.  (Pender County Sheriff's Office)

"She wants to see if you guys could hurry up before he returns," an interpreter speaking to the woman says in the 911 call. "She is stating that his name is James Peterson, he had brought her from Honduras. He has her locked up, he threatens her and he shows her the gun, and threatens her with the gun and doesn't allow her to leave."

The woman told 911 the one time she tried to escape, she "was outside and he was telling me to come in, and I didn't want to go inside because I was scared — and he pulled me by the hair, he told me to put my son on the floor, and he started using the electrical gun on me."

Deputies from the Pender County Sheriff's Office responded to the scene and arrested Peterson, according to a press release. He faces charges of human trafficking, assault, involuntary servitude, sexual servitude and kidnapping, among others.

Peterson was being held as of Tuesday on $2 million bond.