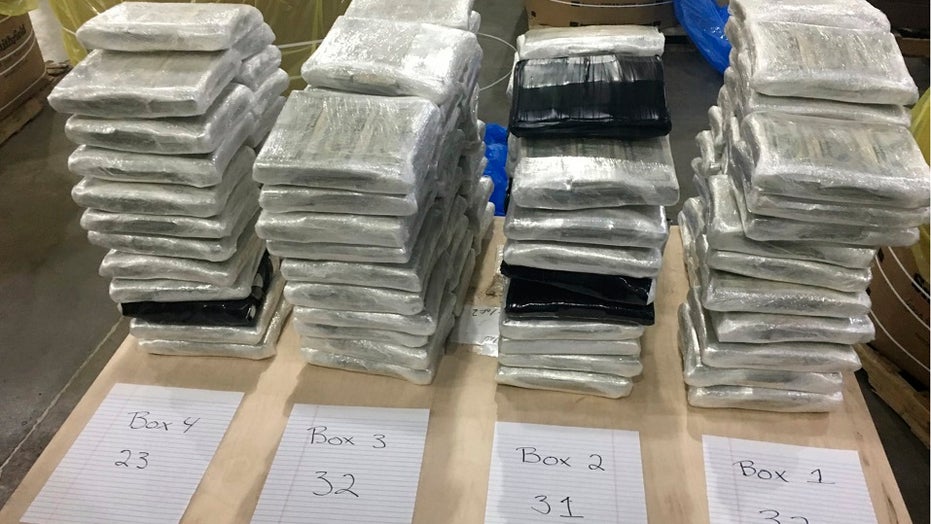 Authorities in North Carolina discovered $3 million in suspected drug money possibly being hauled to Mexico in containers filled with raw pork shoulders over the weekend.

A deputy with the Cleveland County Sheriff’s Office stopped the driver of a tractor-trailer on Interstate 85 on Saturday for failing to stay in the lane and impeding traffic.

In this December 2019 photo provided by the Cleveland County Sheriff's Office in Shelby, N.C., approximately $3 million in cash, wrapped in plastic, is displayed near the barrels of raw pork shoulder in which it was discovered in. North Carolina deputies recovered the barrels on Dec. 7 from a tractor-trailer they pulled over. (Cleveland County Sheriff's Office via AP)

A K-9 alerted deputies to the trailer, the sheriff's office said. A search of the vehicle revealed the cash wrapped in plastic inside large barrels.

Authorities suspect the money was obtained from drug sales in the region and headed to Mexico, Sheriff Alan Norman said.

The Justice Department has been called in to assist with the investigation, the sheriff's office said.