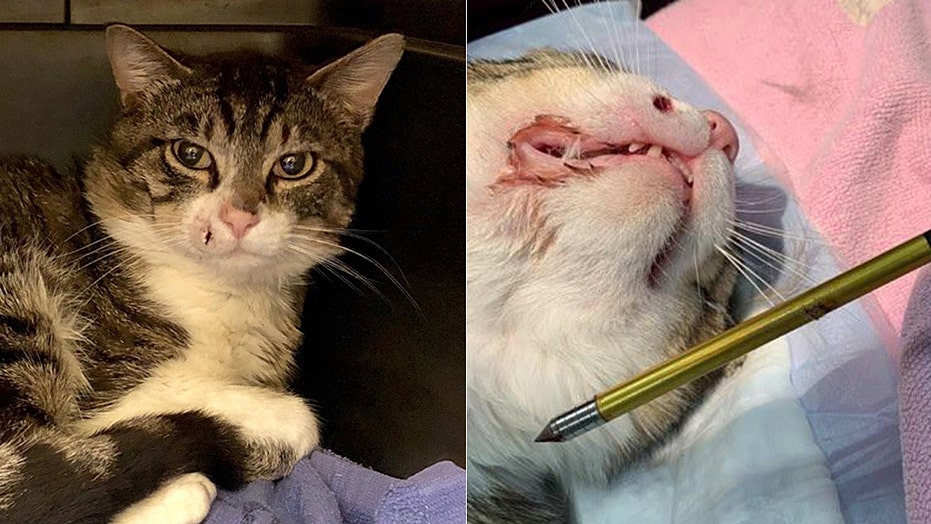 A New Jersey Police Department has asked for help finding the “lowlife” who shot a cat in the face with a crossbow, causing serious injury.

Howell Police responded Monday and took the injured cat to a veterinary hospital where the bolt was carefully removed, authorities said.

“Help us find the lowlife who committed such a cowardly act to this innocent animal,” Howell Police said on their Facebook page.

A "community cat" in Howell, N.J., was recovering after being shot in the face with a crossbow, authorities said. (Monmouth County SPCA)

It is believed that the cat was shot with a small hand-held crossbow, a spokesman for Monmouth County prosecutors said.

He described the animal as a “community cat” who was being well-cared for by strangers.

Staffers with the Monmouth County SPCA said the cat had been taken to its shelter and had been named Kitty Luck.

“Kitty is doing well and relaxing comfortably in our care after being subjected to this horrible act of cruelty,” they said.