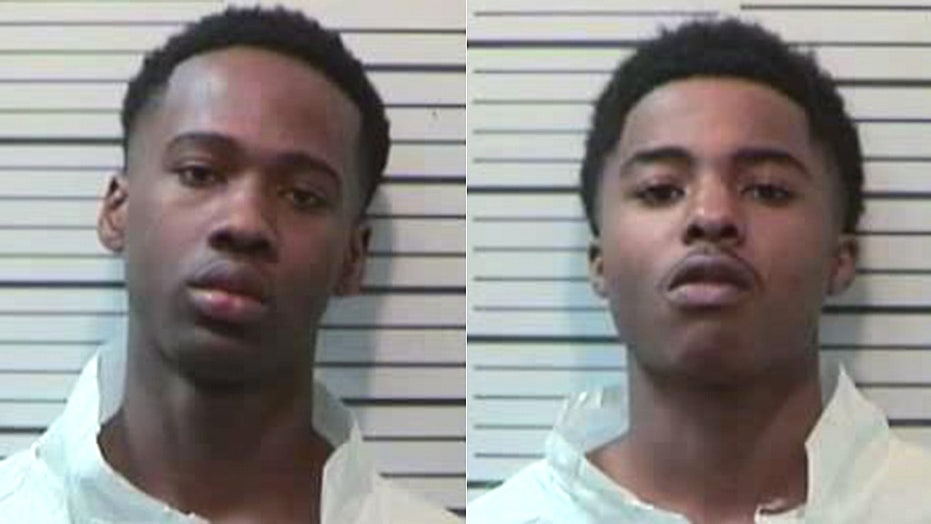 A Nintendo console is being credited with leading Alabama authorities to two men accused of robbing and killing a University of South Alabama economics professor.

ALABAMA BOY, 5, KILLED IN CROSSFIRE BETWEEN 2 WOMEN: 'WE'RE IN A STATE OF SHOCK'

Mobile Police Chief Lawrence Battiste said initially there wasn't much evidence to go on but praised the investigators who "were able to pick out the most minute of things" and act on that to break the case.

Timmons and Derric Scott, both 20, were arrested and charged with felony murder on Friday. They pleaded not guilty in a Mobile courtroom Wednesday morning.

Derric Scott and Tiquez Timmons have been charged with felony murder in the death of University of South Alabama economics professor Matthew Wiser. (Mobile, Ala. district attorney's office)

Prosecutors believe Wiser's murder took place during a home invasion in West Mobile and that he was chosen at random.

"Timmons would drop off Scott to go burglarize houses and would pick him up and they would repeat the behavior somewhere else," Blackwood said in court. He added that the burglary was a pattern and claimed it was Scott who fired the shot that killed Wiser.