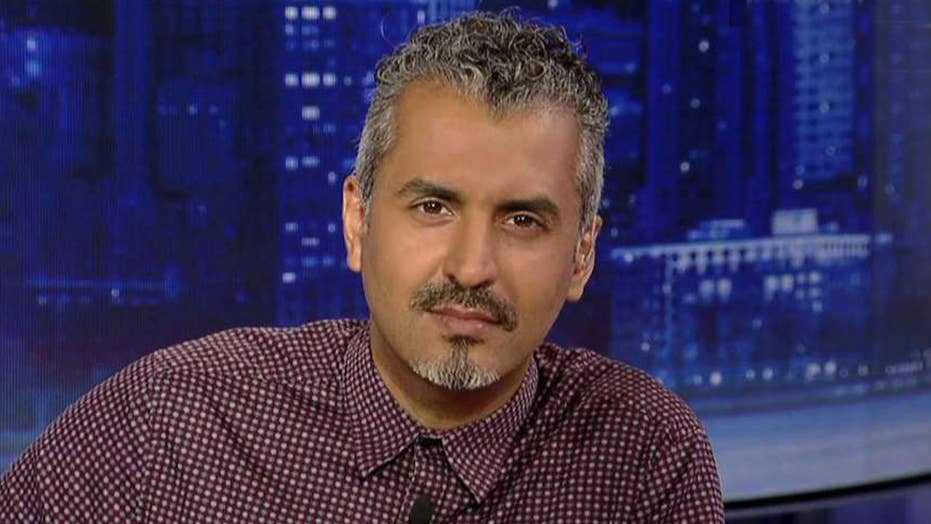 On 'The Story,' the former Islamic extremist pushes back on the organization

The world’s largest financial monitor of nonprofits’ finances, which began applying a left-wing organization’s “hate group” label to some conservative nonprofits but stopped after a backlash, may soon resume the controversial practice.

Earlier this month GuideStar, which monitors the finances of more than 1.6 million NGOs and nonprofits, began adding the Southern Poverty Law Center’s (SPLC) hate group labels to more than 40 nonprofits.

But after an outcry last week from 41 people, most affiliated with conservative groups, who signed and publicly released a letter blasting GuideStar for using the SPLC’s labels, the group pulled the labels. But the group implied it was open to reverting back to using the designation after it studies the issue.

They said the SPLC classifications are biased against conservative groups and that -- solely because of views that SPLC deems as opposite of theirs -- many peaceful organizations were inaccurately lumped with ones that actually promote violence.

If they're going to use something from a highly ideological group like the SPLC, GuideStar should also ask conservative groups to draw up [hate-group] lists.

They assert that SPLC turns a blind eye to nearly all leftist groups that have been linked to hate-fueling activities and violence, and has no warning labels about them. They are concerned that as the most influential source for information about charities, GuideStar’s use of a list that targets only groups that lean conservative and that are peaceful could end up costing them donations.

“It’s a vicious way to smear people by lumping them in with genuinely nasty groups,” said Scott Walter, president of Capital Research Center, a conservative think tank that monitors nonprofits. “I prefer that they not use anybody’s list. But at the barest minimum, if they’re going to use something from a highly ideological group like the SPLC, GuideStar should also ask conservative groups to draw up [hate-group] lists.”

On Monday, GuideStar said that after the many complaints it received about the SPLC’s list and approach for labeling a group as one that encourages hate, it was temporarily suspending the annotations. It also cited threats against its employees as a reason for taking down links to SPLC.

“It is a growing concern in the nonprofit community that there are some groups who use a nonprofit designation to advance hateful agendas,” GuideStar said in a statement to Fox News. “We’ve begun to engage the community in a conversation to figure out how we can best go about the process of identifying organizations that use the nonprofit form for this reason. Through these conversations, we hope to find a productive means to serve all the people who use GuideStar Nonprofit Profiles as a valuable resource for reviewing nonprofits’ missions, operations, goals, and results.”

Asked what the next step is and when it will happen, GuideStar said: “The timing of the next series of changes is dependent on the outcome of our conversations with the nonprofit community.”

SPLC, meanwhile, downplayed the move by GuideStar in a statement to Fox News.

At a time when hate groups increasingly present a mainstream veneer, the public deserves such information.

“At a time when hate groups increasingly present a mainstream veneer, the public deserves such information,” the organization said. “We respect that GuideStar is reassessing how to make that information available.”

Some Christian groups complained that they were pegged as “hate groups” by SPLC because they oppose same-sex marriage. They argued that it wrong to lump them in the same category as, for instance, the Ku Klux Klan and skinheads.

The Washington Post noted that SPLC flags 52 organizations as “anti-LGBT,” among them churches and nonprofit Christian ministries.

SPLC points out that some of the groups support “criminalization of gay sex” and actively are working against “bathroom bills” that would ban transgender people from using public restrooms “in accordance with their gender identities.”

Those views, conservatives say, do not rise to the level of "hate group" or violence.

"The 'hate-group' list is nothing more than a political weapon targeting people it deems to be its political enemies," said the letter sent to GuideStar. "The list is ad hoc, partisan, and agenda-driven."