This is why the Supreme Court ruling on concealed carry matters

Concealed carry instructor tells 'The Ingraham Angle' that today was a great day for gun ownership and empowerment for people to be able to defend themselves.

The 2nd Circuit Court of Appeals issued the temporary injunction while a legal challenge filed by a Second Amendment-rights group makes its way through the courts.

"Defendants-Appellants seek a stay pending appeal, and an emergency interim stay, of the preliminary injunction issued by the district court on November 7, 2022," Tuesday's ruling states. "IT IS HEREBY ORDERED that a temporary stay is granted pending the panel’s consideration of the motion."

A sign zip-tied to a utility pole at the intersection of East 47th St and Avenue of The Americas declares Times Square is a gun free zone. On Tuesday, a federal appeals court issued a temporary stay against the earlier ruling. (Karlo Pastrovic/Fox News Digital)

"New York has once again defied the Constitution and the Supreme Court’s Bruen decision," GOA Senior Vice President Erich Pratt said in response to Tuesday's ruling. "And this brings us just one step closer to standing before SCOTUS, where we know that Justice Clarence Thomas is waiting to slap down NY lawbreakers once again!" 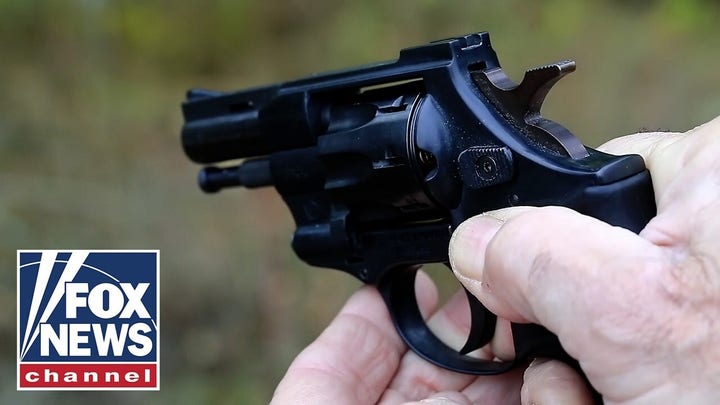 The GOA lawsuit came after the U.S. Supreme Court ruled earlier this year that a state law requiring citizens to show "proper cause" for self-defense to obtain a concealed carry permit was unconstitutional. New York lawmakers made changes to the concealed carry law after the decision.