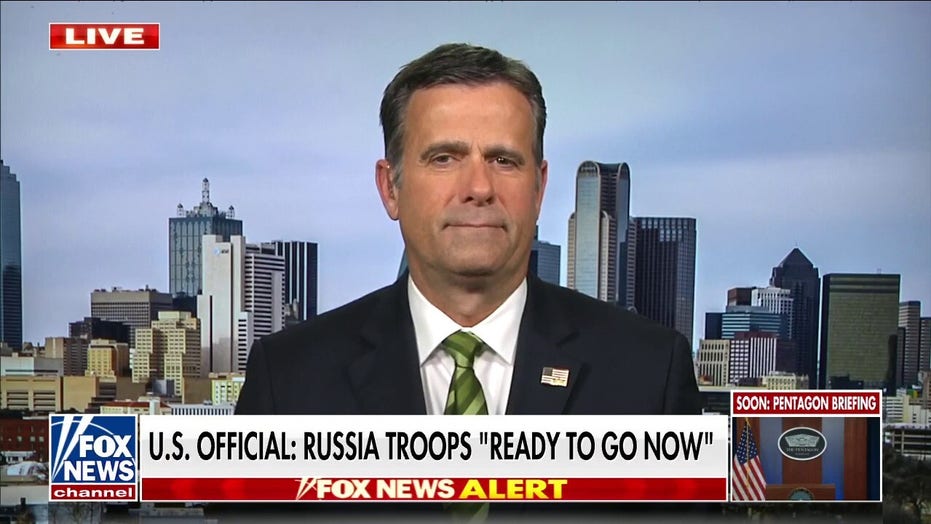 Biden’s indecisive strategy is putting us in a bad position: Ratcliffe

Former Director of National Intelligence John Ratcliffe says the administration’s strategy needs to be on offense rather than defense on ‘The Story.’

President Biden has lost popular support in one of the most solidly blue states in the U.S.

A Siena College poll released Wednesday shows the Biden administration underwater as his approval rating sank below the 50% mark in the state of New York — one of the strongest liberal strongholds in the country.

The president's continued nose dive largely correlates with the U.S. public's rising discontent on a variety of issues.

Poll respondents emphasized economic distress being inflicted on their own personal finances, with a sharp spike of over 10 percentage points for those who feel they are experiencing "somewhat serious" and "very serious" negative effects.

These numbers align with trends seen in the past few months from other polling agencies.

Previous polling from Quinnipiac released last month offered a devastating result for Biden, showing only 33% Americans approve of his job performance after nearly a full year in office. The poll also shows him underwater on his handling of the economy, COVID and foreign policy.

He also announced additional forces to the region, but maintained that the U.S. has "no intention" of fighting Russia.

The sanctions only targeted two Russian banks and civilian leaders in Russia’s leadership, including the freezing of the banks’ assets under U.S. jurisdictions. Biden held back some of the toughest possible financial penalties, calling them the "first tranche."

"That means we’ve cut off Russia’s government from Western financing. It can no longer raise money from the West and cannot trade in its new debt on our markets or European markets either," Biden explained.