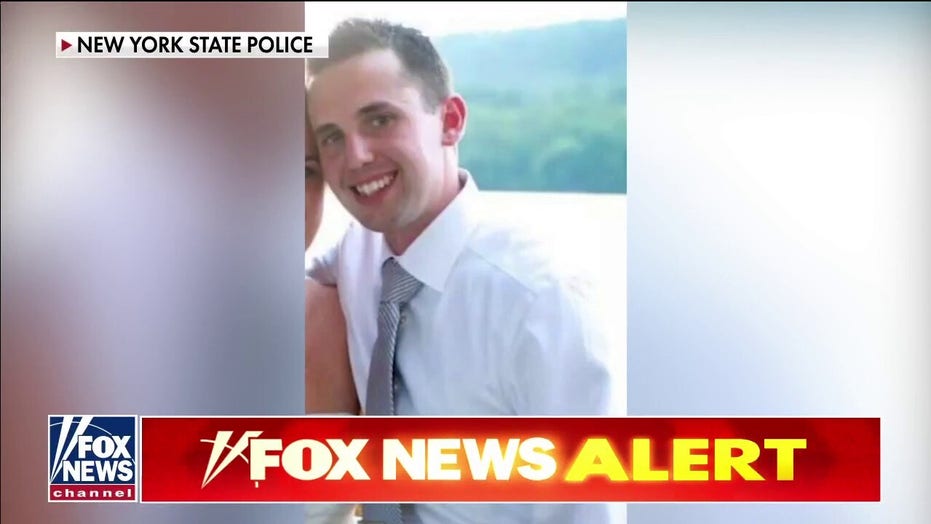 Police say the suspect is armed and dangerous.

New York State Police are on the hunt Thursday for an "armed and dangerous" suspect accused of shooting a trooper during a welfare check.

Jason D. Johnson, a 34-year-old around 5 feet 7 inches tall with hair in a "long mohawk style" was last seen in Colesville following the incident that unfolded in the town on Wednesday night, investigators say.

"He is considered armed and dangerous, do not approach him and call 911 immediately," New York State Police said in a statement.

The truck that Johnson may be currently traveling in. (New York State Police)

Broome County Sheriff David Harder told WBNG overnight that a female trooper was shot after the suspect grabbed a rifle. A Broome County sheriff had been dispatched to a home to conduct a welfare check and the female trooper responded as backup, he added.

State Police later identified the trooper as Becky Seager, who has been a member of its ranks for seven years.

"Law enforcement did exchange gunfire with Johnson before he fled from the scene," they added.

Seager suffered non-life-threatening injuries and was struck in the hip. Further details about the shooting were not immediately available.

New York State Police say Johnson may now be traveling in a 1996 Ford F-250 pick-up truck that is blue in color with the New York license plate HZV7759.