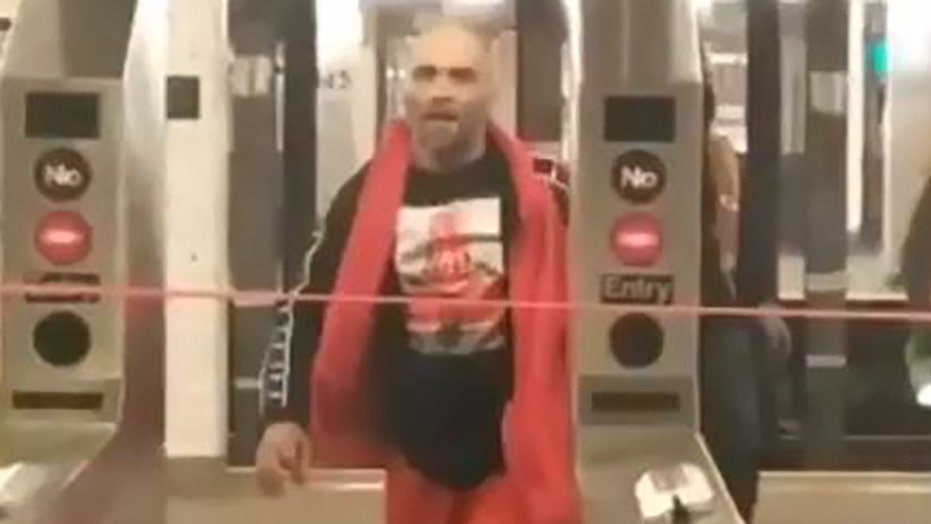 Authorities in New York have asked for help identifying a man caught on video assaulting an MTA worker during an unprovoked subway station attack early Saturday.

The man punched an on-duty cleaner in the face around 3:30 a.m. on the 145th Street No. 1 train station platform in Harlem, police told Fox News in a statement.

The 59-year-old victim was treated at Columbia Presbyterian Hospital for a small laceration to his face, police said.

The man was caught on video appearing to exchange words with several workers before the attack. He then walks toward the turnstiles before he turns around and approaches a worker. The suspect appears to strike the worker and leave the station.

Police have described the suspect as Hispanic. He’s believed to be in his 40s and stand about 6 feet tall. He is bald with a goatee. He was last seen wearing a red and black tracksuit and red and black sneakers, police said.

“This is why we need a greater law enforcement presence in the subway," Transport Workers Union Local 100 President Tony Uteno told the New York Daily News. "Transit worker assaults are a major problem that need to be addressed now."

The union told the paper more than 100 workers were assaulted and more than 2,300 were harassed while working last year.

Anyone with information in regard to Saturday’s incident is asked to call the NYPD's Crime Stoppers Hotline at 1-800-577-TIPS (8477).