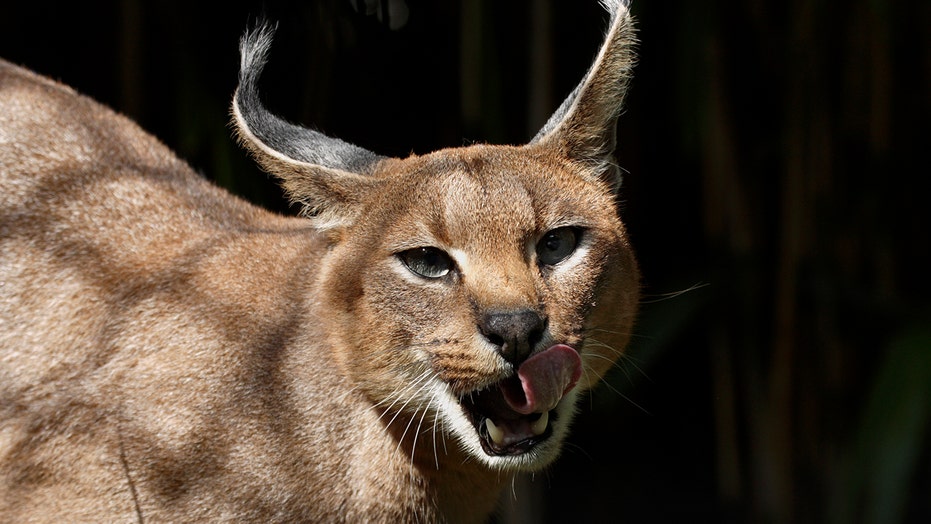 A New York man was charged Friday with importing rare and endangered African cats into the U.S. for interstate commerce.

Christopher Casacci, 38, was accused of violating the Lacey Act and the U.S. Animal Welfare Act based on his trafficking of exotic African cats, according to federal prosecutors.

Through his business, ExoticCubs.com, Casacci allegedly imported and sold dozens of caracals and servals throughout the United States between February and June 2018, according to a news release from the Justice Department.

Caracals, or “desert lynxes,” are a rare breed of cat native to Africa. (nationalzoo.si.edu, File)

Both species have been protected under the Convention on International Trade in Endangered Species of Wild Fauna and Flora [CITES]. New York state law has restricted their commercial possession and sale.

Per the Animal Welfare Act, people and businesses dealing in animals have been prohibited from selling animals without a license showing minimum compliance with humane treatment standards.

Casacci pleaded not guilty. His attorney did not immediately respond to Fox News’ request for comment.

His next court appearance has been scheduled for Jan. 23.