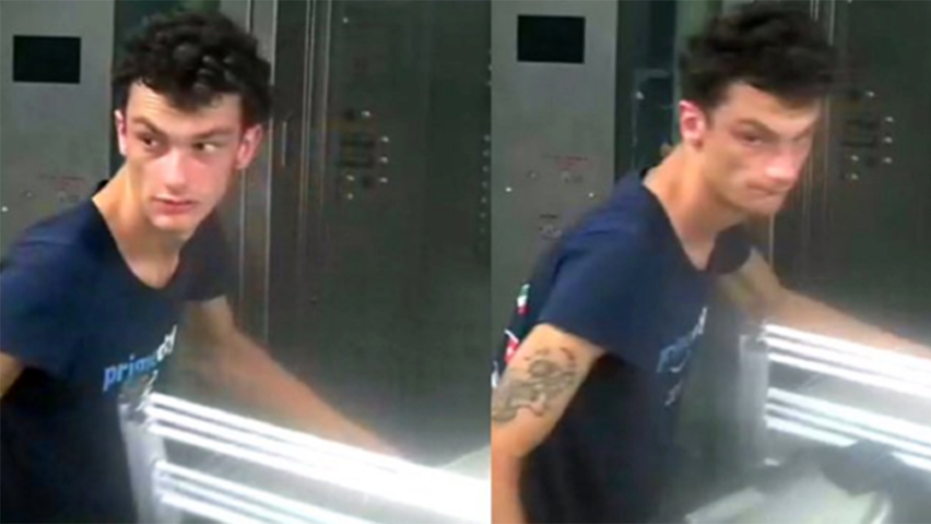 Two devices found at the Fulton Street subway station are being examined by the NYPD.

The objects that sparked the scare turned out to be rice cookers and, about an hour after the initial report, police determined they were not explosives. Officials said Griffin was caught on surveillance video pulling the cookers out of a shopping cart and placing them in the major subway station near World Trade Center, which was evacuated. The incident caused the suspension of multiple train lines and hindered the morning commute.

A third rice cooker of the same make, year and model was found about 2 miles away on a sidewalk in the Chelsea neighborhood, prompting another police investigation.

John Miller, the New York Police Department's top counterterror official, said at a news conference Friday it was "possible that somebody put out a bunch of items in the trash today and this guy picked them up and then discarded them — or it's possible that this was an intentional act."

Investigators tracked down Griffin and, on Sunday, during an appearance in Manhattan Criminal Court, his bail was set at $200,000. He was ordered to return to court on Friday.

Griffin, per a criminal complaint, knew the pots "would appear to be a bomb, destructive device, explosive and hazardous substance under circumstances in which it was likely to cause public alarm and inconvenience."

The 26-year-old has been arrested at least three times in West Virginia in the past eight years, including a 2017 arrest for allegedly sending obscene material to a minor, the Logan County Sheriff's Department said.

"Little Larry’s a good person. He’s got issues, but he don’t ever mean no harm or anything,” Brumfield said. "I just, sometimes I don’t understand why he don’t use his smart for good. But the things that he does sometimes I question."

Brumfield also said Griffin has a habit of placing random objects around.

Dozens of suspicious packages are reported daily in New York City, but the proximity of the subway station to the site of the Sept. 11 attacks served to heighten anxiety before police gave the all-clear.

Many rice cookers look like pressure cookers, which use pressure to cook food quickly — a function that has been used to turn them into bombs.

Pressure cookers packed with explosives killed three people and injured hundreds when a pair of Islamic extremists detonated them during the Boston Marathon in 2013.

In September 2016, a pressure-cooker bomb went off in Manhattan's Chelsea neighborhood, injuring 30 people, and in 2017 a would-be suicide attacker set off a homemade pipe bomb in an underground passageway at the Times Square subway station during rush hour, seriously injuring himself.