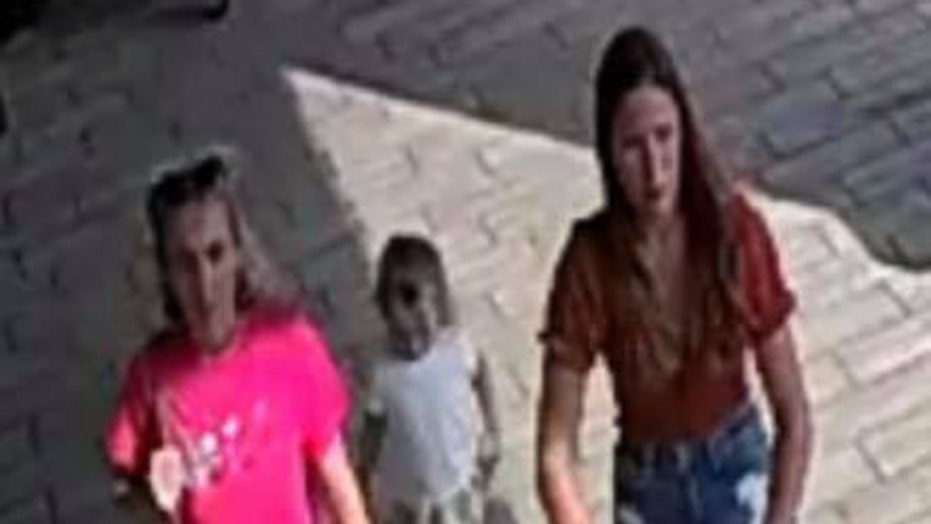 Three women were caught on camera allegedly stealing a baby stroller from a New Jersey store — but their theft was foiled when one of them forgot their child inside the shop.

The women were at Bambi Baby in Middletown, a city roughly 45 miles south of New York City, on Friday with three children, police said.

Two of the women distracted an employee while the third woman went to the front of the store to grab a stroller, police said. The women left the store, but one of them forgot some precious cargo — her own child.

“What I take major offense to is the children. Don’t do that with your children,” Enelio Ortega, told WCBS. "If you need to steal for a living, that’s a personal problem, that’s a personal issue. But when you bring children that have no idea what’s going on, that affected me. That’s why I’m sharing [the video] as much as possible."

Top-selling strollers on the store's website indicate they could range from $400 to $1,000. Ortega said the one taken last week from the Middletown shop cost $300.

Investigators arrested two of the women, Maryann Cash, 23, and Nan McCarthy, 20, of England, while a third woman remained at large. Ortega said the stolen stroller was returned.