A professor at a New Jersey university doubled down Thursday, saying she's tenured, after blaming President Trump and his supporters for the impact of the coronavirus outbreak, claiming it’s their fault African-Americans have been dying at a disproportionate rate.

“F--- each and every Trump supporter. You absolutely did this. You are to blame,” were among the comments – several of them containing profanity – posted on Twitter this week by Brittney Cooper, an associate professor in the Department of Women’s, Gender and Sexuality Studies at Rutgers University.

"I said what I meant. And I curse cuz I'm grown," she wrote in part in a series of tweets Thursday, adding, "I have tenure. Rutgers won't be firing me for tweets."

In another post, Cooper wrote that she and other African-Americans suspect that recent efforts to reopen the country following stay-at-home orders were “all about a gross necropolitical calculation that it is Black people who are dying disproportionately from COVID.”

SEN. MURPHY SAYS TRUMP, NOT CHINA OR W.H.O., TO BLAME FOR US CORONAVIRUS CRISIS

“Not only do white conservatives not care about Black life,” she wrote, “but my most cynical negative read of the white supremacists among them is that they welcome this mass winnowing of Black folks in order to slow demographic shifts and shore up political power.”

Last week, Dr. Anthony Fauci, a member of the White House Coronavirus Task Force, said during an online interview that high coronavirus death rates among African-Americans were largely attributable to pre-existing health conditions that are common in the black community, such as hypertension, obesity, diabetes and asthma.

"It’s really terrible, because it’s just one of the failings of our society, that African-Americans have a disproportionate prevalence in incidents of the very comorbid conditions that put you at a high risk,” Fauci told actor Will Smith, who conducted the interview.

In another post, Cooper claimed Trump supporters’ loyalty to the president impaired their judgment about the outbreak.

“They are literally willing to die from this clusterf---ed COVID response rather than admit absolutely anybody other than him [Trump] would have been a better president,” she wrote. “And when whiteness has a death wish, we are all in for a serious problem.” 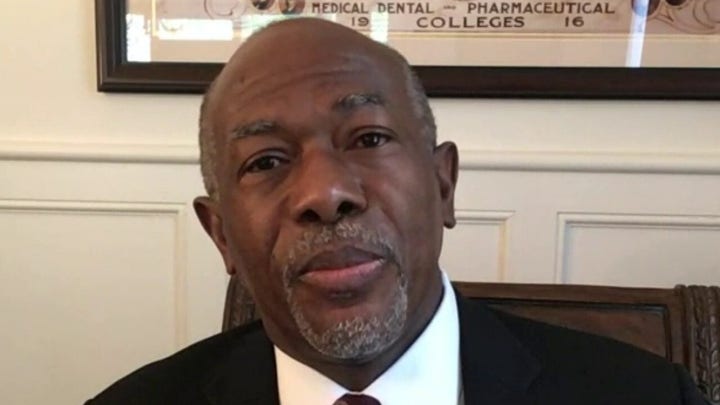 Five days earlier, on April 23, Cooper wrote about “the depths of white depravity,” claiming whites refused “to be swayed by facts, reason or the value of life itself, especially when those lives are Black.”

“It staggers me,” Cooper wrote.

Cooper has a history of criticizing President Trump. Last October she asserted the president’s policies were partly to blame for weight problems among African-American women. Last August, she claimed Trump was willing to “get us into war” to keep the economy strong to bolster his 2020 reelection hopes.

She is the author of “Eloquent Rage: A Black Feminist Discovers Her Superpower,” which The Guardian ranked among its “Top 10 Books About Angry Women,” according to Amazon.