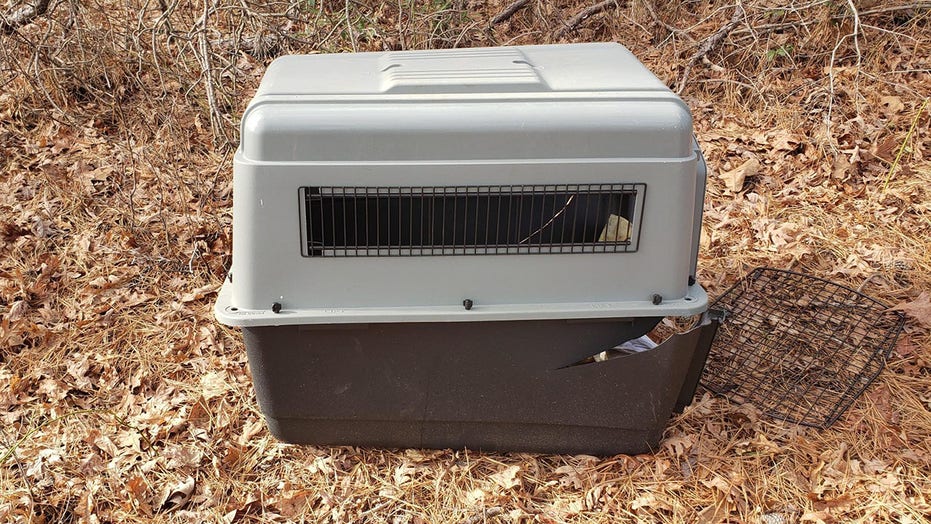 New Jersey police have launched an investigation after a dead dog, still wearing its leash and sweater, was found in an abandoned crate dumped in the woods last week.

The crate was discovered in Cumberland County on Jan. 24, the Millville Police Department wrote Sunday on Facebook. Inside, police found the body of a dog. It was described as a brindle pit bull mix, around 6 to 9 months old.

The pup was wearing a collar, leash, and blue and white sweater when it was discovered, police said. Two pieces of fabric, which authorities believe may have been used as bedding, also were in the crate.

A necropsy determined the dog died of neglect, WPVI-TV reported.

The dog was still wearing a sweater and leash when the police found it inside the crate. (Millville Police Department)

Kathleen Leary, South Jersey Regional Animal Shelter director of operations, told the station that animal abandonment is common in the area and advised owners to call shelters if they can no longer care for their pets.

"People have put their animals in cages, tied them to trees, dumped them in the woods ... and normally they end up dying from starvation," Leary said.

Police are searching for the dog's owner or who may have abandoned the animal. (Millville Police Department)

Millville Police Capt. Ross Hoffman told the station that the department is pursuing multiple animal cruelty charges against whoever abandoned the dog.

Investigators asked the public for help in identifying the dog’s owner or who may have left the dog in the woods.