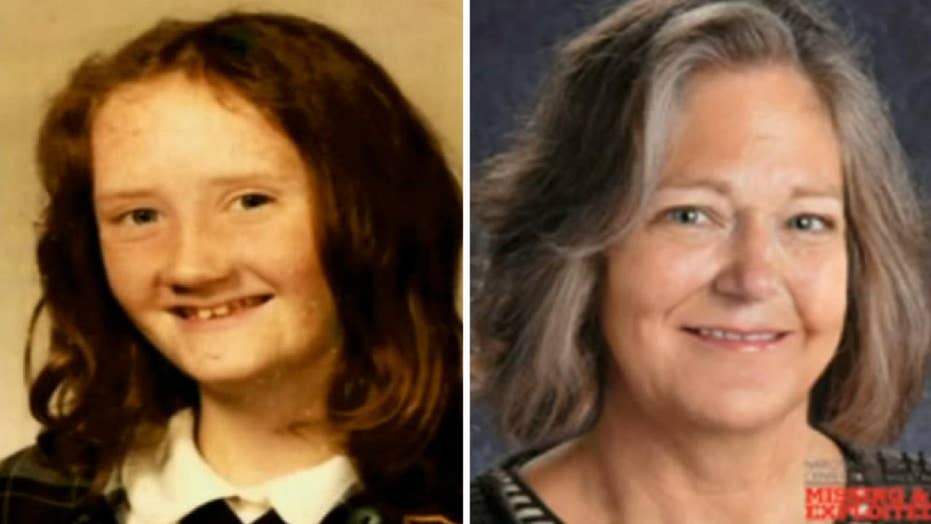 Authorities announce reward and release new clues in the case of Margaret Ellen Fox who vanished 45 years ago in South Jersey.

A chilling, six-second-long recording of a phone call may hold the key to finding out what happened to a 14-year-old girl who disappeared 45 years ago in New Jersey.

The FBI on Monday released new information about the disappearance of Margaret Ellen Fox, who was last seen boarding a bus in Burlington City, heading for Mount Holly on June 24, 1974.

Fox left her home that morning to go to a babysitting job, which was the last time her family would see or hear from her.

“The disappearance of Margaret Fox has haunted this community for decades,” Burlington City Police Chief John Fine said in a news release. “As many local residents and police officers would tell you, they would hear the message every week at the end of church services to pray for a safe return of Margaret Fox. As chief of police, I want to bring closure to this case and bring home an answer to the Fox family and community."

The 14-year-old left her Burlington City home, about 20 miles northeast of Philadelphia, on the morning of June 24 and took the 8:40 a.m. bus to Mount Holly to meet a man who posted an ad in the newspaper for babysitting work. It would have been her first job.

Margaret Fox, 14, was last seen on June 24, 1974. Authorities released a rendering on Monday of what 59-year-old Fox might look like today. (FBI)

The man had told Margaret he would pick her up in Mount Holly at the corner of Mill and High Streets, and witnesses reported seeing a young girl matching her description getting off a bus that same morning, according to the FBI.

Hours after Fox was reported missing, a phone call was placed to the family's home that purported to be from a man claiming he had Margaret in his custody and demanded money for her return. On a portion of the call that was recorded, the unknown caller made a haunting demand to her parents.

"$10,000 might be a lot of bread, but your daughter’s life is the buttered topping," the unknown caller says. Margaret's mother than replies "Who is this?" as the call ends.

The FBI said Monday that phone calls were being recorded at the Fox family home in the hours after Margaret was reported missing. Law enforcement officials released the new enhanced clip of the audio recording in the hopes that someone may recognize the voice.

Margaret Fox, 14, had boarded a bus on June 24, 1974 to head to a babysitting job she saw in a newspaper ad. Authorities released a rendering on Monday of what 59-year-old Fox might look like today. (FBI)

“The FBI has a long memory,” Assistant Special Agent in Charge Joseph Denahan said at a news conference. “The community we serve should know that we will tirelessly pursue all viable options in the interest of delivering justice. We realize that in missing persons cases, especially those involving children, there is a family at the other end who is enduring heartache every day because of not knowing what happened."

Over the years, the FBI and the Burlington City Police Department said they have reevaluated the case and the leads that were developed during the original investigation in an effort to find Margaret.

The phone call from the man who placed the ad in the newspaper that caught the attention of the 14-year-old was tracked to a phone booth at a supermarket in Lumberton, New Jersey, located next to Mount Holly.

Officials announced a new $25,000 reward for information that leads to an arrest and/or conviction of whoever is responsible for the 14-year-old's disappearance, and also released images created in the FBI’s forensic lab in Quantico, Virginia of what Fox -- who now would be 59-years-old -- would look like today.

Denahan said the agency hopes the renewed effort will ultimately result in giving Fox's family "some sense of closure.”

“This entrepreneurial spirit just shows and makes you sort of sad about where her life might have gone, and we owe it to her and to her family to get answers and resolve this case,” he said Monday.

Fox is described as having brown hair and blue eyes. The FBI said at the time of her disappearance, "two of Margaret's top front right teeth were missing and she wore eyeglasses."

Jennifer Dulos went missing after dropping her children off at school; investigators are still searching for the answer to her disappearance.

The 14-year-old was last seen wearing a light blue, long-sleeved, floral-patterned blouse that authorities said was squared at the top and flared at the waist. Fox was also wearing a black and white or blue and white checkered waist-length jacket, maroon flared jeans with a yellow patch on one knee, and brown sandals with a heel strap.

She was also wearing a gold necklace with flowers and a blue stone on it in addition to a gold charm bracelet with a round blue stone. The FBI said she was carrying a brown bag and an eyeglass case with the Huckleberry Hound design.