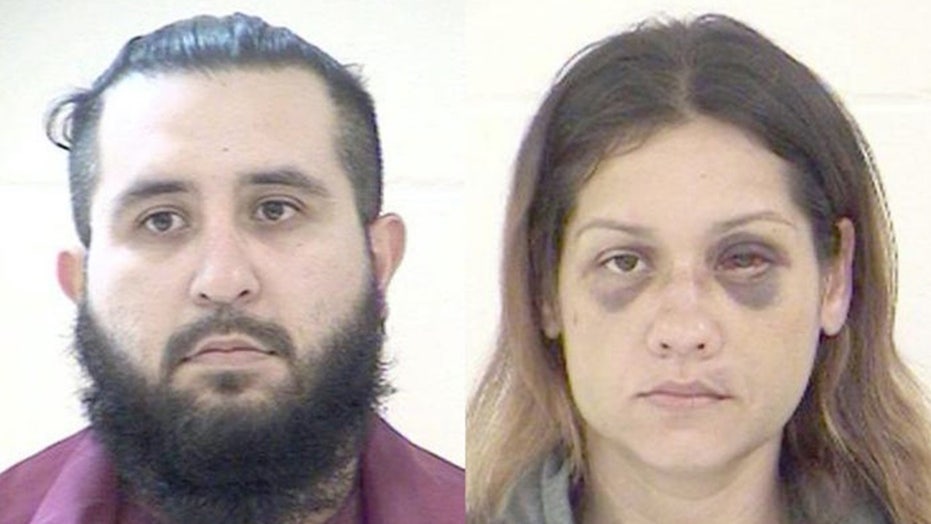 New Hampshire state police have announced arrests in the gruesome case of a man who they say ordered his wife to behead her lover after he shot the man in the head, killing him.

On Friday, Armando Barron, 30, of Jaffrey, N.H., was charged with killing Amerault and his wife, Britany Barron, 31, was charged with decapitating the victim and concealing the body, according to reports that cited a court affidavit in the case.

Barron and his wife pleaded not guilty Friday at a court arraignment in Cheshire County, it was reported. They were jailed without bail.

The affidavit says Britany told investigators her husband forced her to cut Amerault's wrists when he was alive and then to behead him after the murder, the Keene Sentinel reported.

The paper also reported that Britany's lawyer Richard Guerriero said at the arraignment that she only participated in the crime because she feared for her life.

“This really started with her being beaten severely,” Guerriero said, according to the paper. “If you look at her face right now ... she still has the bruising on her face and around her eyes and it’s described in the affidavit. Armando beat her severely and threatened her. He put a gun in her mouth, an obvious threat to kill her.”

Police said Amerault was murdered after Armando Barron lured him to a state park using his wife’s phone.

The affidavit says Britany told investigators her husband found out she was having an affair with Amerault, a co-worker, after going through her phone the day before, Patch Nashua reported. She said after confronting her about the affair, her husband beat her. Her mugshot shows her with swollen black eyes.

Investigators wrote in the affidavit that after the murder Barron ordered his wife to cut Amerault's head off so that dental records could not be used to identify him, according to the news outlet.  A small gravel hole was dug and the head was placed in it and covered with gravel.

The discovery of Amerault’s remains at the campsite came after state conservation came across Britany Barron and told her that she was trespassing and needed to move on, Patch reported.

She told the officers, “I am in big trouble.”

The affidavit says the officers found Amerault’s torso and head wrapped in tarps.

Prosecutors said Britany was being charged, despite her cooperation, because she had many opportunities to report the crime before being found at the campsite, the Sentinel reported.

“She was cooperative after she got caught,” prosecutor Scott Chase said, according to the paper.