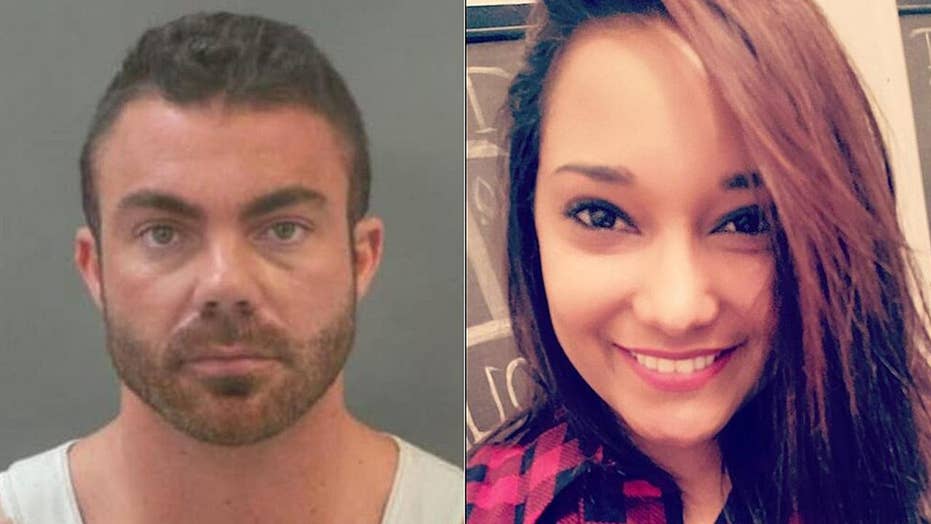 Newlywed plunges to her death while recording vicious fight with husband

After a heated argument with her husband Bradley in a parking garage outside Busch Stadium, Alissa Jenkins plunged to her death while recording the entire incident on her phone. The husband, who according to a police affidavit was 'agitated and appeared to be intoxicated,' has been charged with domestic assault and was being held on a $100,000 bond.

An Illinois woman plunged to her death in a parking garage just as she was recording what appeared to be a vicious clash with her husband of two weeks.

Allissa Jenkins, 27, was arguing with her husband, Bradley Jenkins, 30, in a parking garage after a St. Louis Cardinals game last weekend at Busch Stadium when she filmed him, according to People magazine, which cited a police affidavit.

The affidavit said that the husband "was agitated and appeared to be intoxicated."

It continued: "During the recording, you can hear her yell for him to quit punching her face. She eventually drops the camera. Shortly after that, you hear her scream as she falls and you hear the thump of her body hitting the ground."

Bradley Jenkins was charged with domestic assault and was held on a $100,000 bond. Police say that during an interrogation, he told them "several lies."

They say they are continuing their investigation to "determine whether the defendant should be charged with homicide."

The couple got engaged last fall and married on May 22 in Las Vegas. Both worked at the Illinois Department of Corrections.

Allissa Jenkins appeared to be happy in the lead-up to the video recording, if her posts and photos on social media pages are any indication.

On Instagram she said, "Last week, I married my best friend," adding the hashtags "loveofmylife" and "livingmybestlife."

In December, she posted, "One day someone will love you the way you deserve to be loved and you won't have to fight for it."

Police went to the scene after receiving a 911 call telling them a woman had fallen from the parking garage. They found a blood-soaked Bradley Jenkins on top of his new wife's body, People reported. Her phone was still recording when they found it.

In a grim bit of irony, for her birthday last year Allissa Jenkins asked that friends donate to the organization "Futures Without Violence."