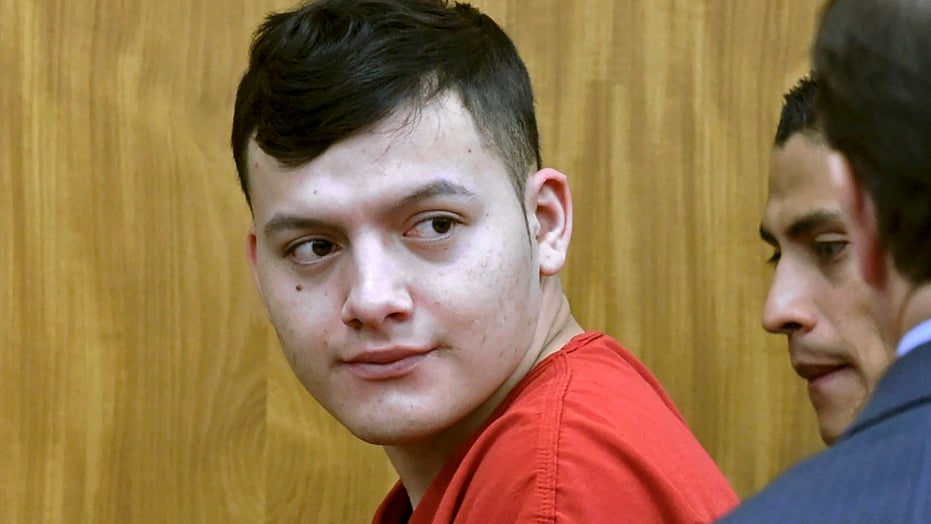 A Nevada judge has cleared the way for an undocumented immigrant accused of killing four people during a six-day crime spree in 2019 to face trial.

However, lawyers for Wilber Martinez-Guzman will go before Washoe County District Judge Connie Steinheimer next week to request the trial be postponed indefinitely so they can travel to El Salvador to gather information on his background to determine if he is competent.

Travel to the country is currently prohibited because of the coronavirus.

An indictment against Martinez-Guzman includes four counts of murder and burglary charges.

The 21-year-old faces the death penalty in connection with the January 2019 deaths of Connie Koontz and Sophia Renken, and elderly Reno couple Gerald and Sharon David. Martinez-Guzman allegedly burglarized the Davids' property and found a revolver he later used to commit the murders.

Investigators said he found the weapon Jan. 4 and traveled to rural Douglas County to murder Koontz on Jan. 9, then Renken three days later. Martinez-Guzman returned to the David's on Jan. 15, where he robbed and killed them, authorities said.

The Nevada Supreme Court ruled in March that Washoe County prosecutors lack jurisdictional authority to prosecute him in Reno for the two killings in nearby Douglas County.

The high court ordered Steinheimer to reconsider her refusal to dismiss some of the charges. But the justices explained she could deny the motion again if she determined the crimes were sufficiently related to justify prosecuting him in Washoe County.

Martinez-Guzman was in the country illegally, federal officials said, but they were not sure how or when he crossed the southern border. President Trump tweeted about the murders as Central American migrant caravans were making their way toward the border to apply for asylum.