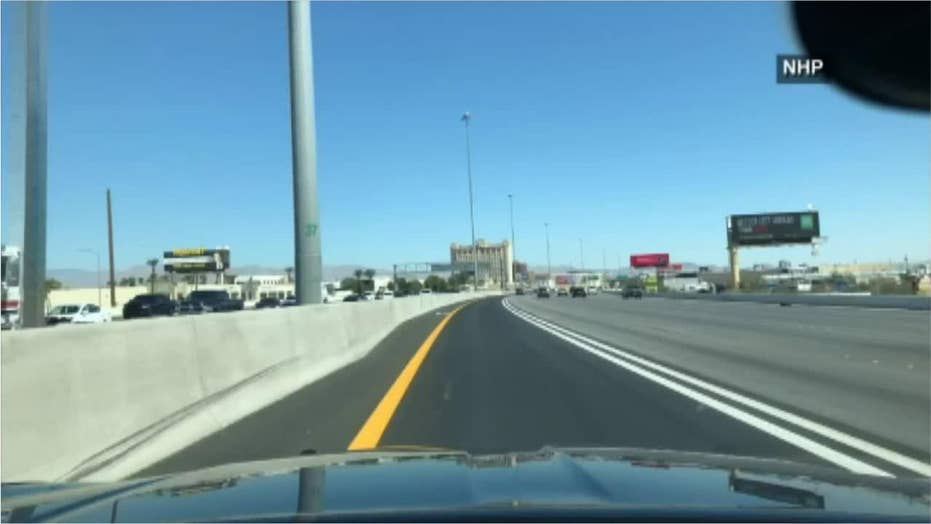 Watch: A Nevada Highway Patrol trooper rescuing an American flag off the side of a highway.

The keen eye of a police officer in Nevada helped rescue a wayward version of Old Glory from the shoulder of a busy Las Vegas-area highway.

The Nevada Highway Patrol shared on Facebook a video of the moment that Trooper Jason Buratczuk, an Air Force veteran, pulled over along the northbound lanes of Interstate 15 near Sahara Avenue on Oct. 2, after he spotted the American flag on the side of the road.

"It's not just a piece of fabric. It's a symbol of our country," he told FOX5. "People have bled and died for that."

Buratczuk had first spotted the flag in the northbound lanes but kept driving past. He then decided to circle back around to retrieve it.

"I was thinking, 'How could someone let this fall off their car?'" he told FOX5.

Nevada Highway Trooper Jason Buratczuk got out along Interstate 15 to retrieve an American flag from the side of the roadway. (Nevada Highway Patrol)

Video released by police shows the officer pulled over to the left side of the roadway and getting out to retrieve the flag as cars zip past.

Officials are asking drivers who may spot a flag on the side of the road to not retrieve it themselves due to safety concerns, but to contact NHP instead to have a trooper pick it up.

For Buratczuk, whose father, brother, cousins, and grandparents all served in the Armed Forces, the flag represents more than just the fabric its stitched from.

"Maybe we'd be better off if we take a minute and think of what the flag represents, and what it means to people," he told FOX5.