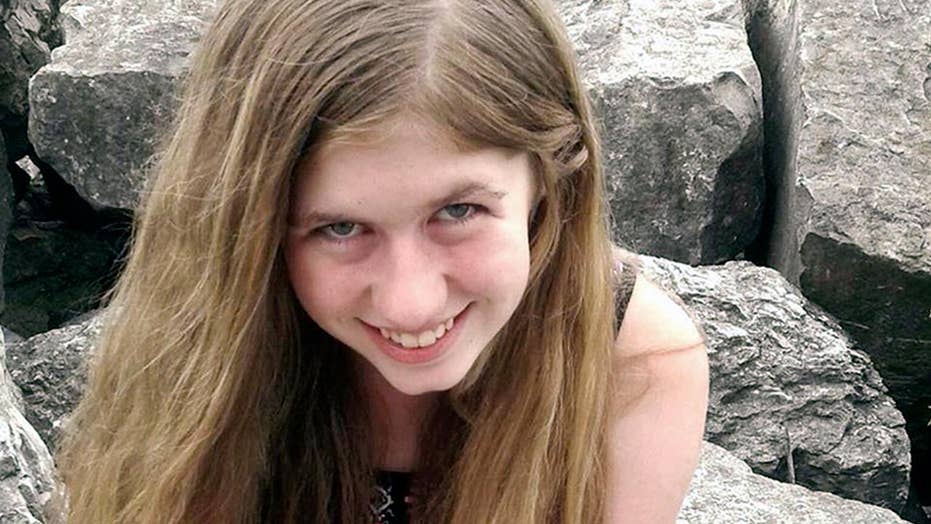 GORDON, Wisconsin – When Jayme Closs showed up at their doorstep, the Kasinskas family sprung into action, taking two steps before most anything else. They called 911. And they grabbed their firearms, in case the kidnapped teen's abductor was in pursuit.

Kristin Kasiskas told Fox News that she and her husband immediately recognized the 13-year-old Wisconsin girl whose October kidnapping captivated the nation when a neighbor, Jeanne Nutter, frantically knocked on their door at 4 p.m. on Thursday.

We were armed and ready in case this person showed up.

“When our neighbor Jeanne came in with Jayme, she said: ‘Get a gun. We don’t know if he’s after us,’” Kasinskas said. “So we were armed and ready in case this person showed up.”

This is the road that Jayme Closs was found on. (Cristina Corbin/Fox News)

Closs escaped 88 days of captivity -- authorities have identified her suspected captor as 21-year-old Jake Thomas Patterson -- after he allegedly murdered her parents and kidnapped her. Closs gave neighbors and police a description of a car that Patterson was said to be driving, and police captured the suspect quickly. Authorities suspect he was driving around, trying to find the escaped teen.

Patterson is charged with two counts of first-degree intentional homicide and one count of kidnapping. He’s being held in Barron County Jail. Police haven’t identified a motive for his alleged crimes, and said he had no social media contact with Jayme or her family.

This photo provided by the Barron County Sheriff's Department in Barron, Wis., shows Jake Thomas Patterson, of the Town of Gordon, Wis., who has been jailed on kidnapping and homicide charges in the October killing of a Wisconsin couple and abduction of their teen daughter, Jayme Closs. Closs was found alive Thursday, Jan. 10, 2019, in the Town of Gordon. (Barron County Sheriff's Department via AP)

Kasinskas said that three officers initially arrived at her home. They took Closs to safety and told Kristin and her kids to get away from any windows in case the suspected abductor came to their home.

“My kids and I – we went downstairs,” she said. “My husband was asked to stand guard at one of the doors on the upper floor. [Patterson] was then arrested not that far away from our house.”

I didn't know he was my neighbor until Jayme said, 'Jake took me.'

Kasinskas, who teaches middle and high school science, said Patterson had been a student when he was 12 or 13 years old. She said he was a shy, bright student in middle school who kept a small circle of friends.

“He didn’t say a whole lot and never really stood out a whole lot to me because he wasn’t super engaging,” Kasinskas said. “Since then, I didn’t keep up with him. I didn’t even know he lived on this street. … I didn’t know he was my neighbor until Jayme said, ‘Jake took me.’”

Patterson’s father owned the secluded home where he is accused of keeping Closs captive. Kasinskas said, “It’s just a small little house with a lot of vehicles in the yard.”

Police said Patterson was unemployed when he allegedly killed Closs’ parents and kidnapped her.

According to Douglas County Sheriff Chris Fitzgerald, Patterson took “many proactive steps” to hide his identity from law enforcement. He reportedly shaved his head so he wouldn’t leave forensic evidence when he kidnapped Closs and scrubbed his social media profiles from the internet.

Fitzgerald said Patterson had ties to Barron, Wisconsin, where Closs lived with her parents, but wouldn’t elaborate. He said Patterson surrendered peacefully, and it is believed that he acted alone.

Patterson’s initial court date is Monday. Fitzgerald said Closs has been medically cleared and released from the hospital to an aunt.