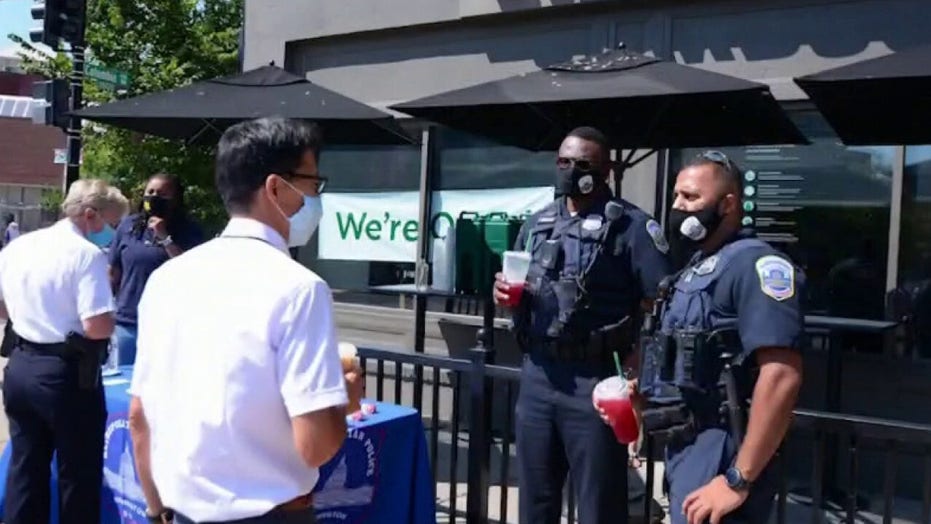 Many are mourning the loss of Henderson County, N.C., officer and Marine veteran Ryan Hendrix, who died after being shot in the face while trying to arrest a suspect from Virginia.

Hendrix, 35, and two other officers were responding to a 911 call about a break-in, which escalated into a shooting between a Mountain Home resident and the armed suspect.

"God bless the family of Marine veteran and Henderson County Deputy Ryan Hendrix, who was shot and killed in the line of duty," North Carolina Republican Sen. Thom Tillis wrote on Twitter. "Susan and I are praying for him, his family, and his fellow Henderson County deputies."

"It is with a very heavy heart the family of Henderson County Deputy Ryan Hendrix and Sheriff Lowell Griffin announce Ryan’s passing," the sheriff's office wrote in a Thursday Facebook post. "Early this morning while the world slept, Ryan responded to assist a family needing help when they became innocent victims of a violent encounter."

Hendrix left behind two children, a 6-year-old son and 9-year-old daughter, and a fiancée whom he was set to marry in October. He served the Henderson County Sherrif's Office for eight years.

Henderson County deputies arrived at the scene after 2 a.m. and found the suspect in his car. The suspect "initially appeared to comply with lawful orders to show the deputies his hands...but in one rapid movement, he retrieved the gun, firing one round, striking [Hendrix] in the face and critically wounding him," Sheriff Lowell Griffin said during a Thursday press conference.

The two other deputies with Hendrix returned fire and killed Robert Ray Doss Jr., a "career criminal with arrests in Georgia, South Carolina, Maryland and Virginia."

He had a record involving offenses for drugs, multiple arson crimes and felony thefts, Griffin said. The case remains under investigation.

Hendrix was "an exemplary officer who was also a member of the Henderson County Sheriff's Office SWAT team, serves as a field training officer, and assists in many otleaher capacities," Griffin said.

Hendrix was an organ donor who will "continue to help strangers for a lifetime, even after making the ultimate sacrifice," according to the Facebook post.

The sheriff's office, in partnership with the North Carolina Police Benevolent Foundation, created a fundraising page for Hendrix's family; 100 percent of the proceeds will go to his family.

Those wishing to pay respects can attend a community memorial service from 6 p.m. to 7:30 p.m. at the sheriff's office. Organizers say the event will be outside.