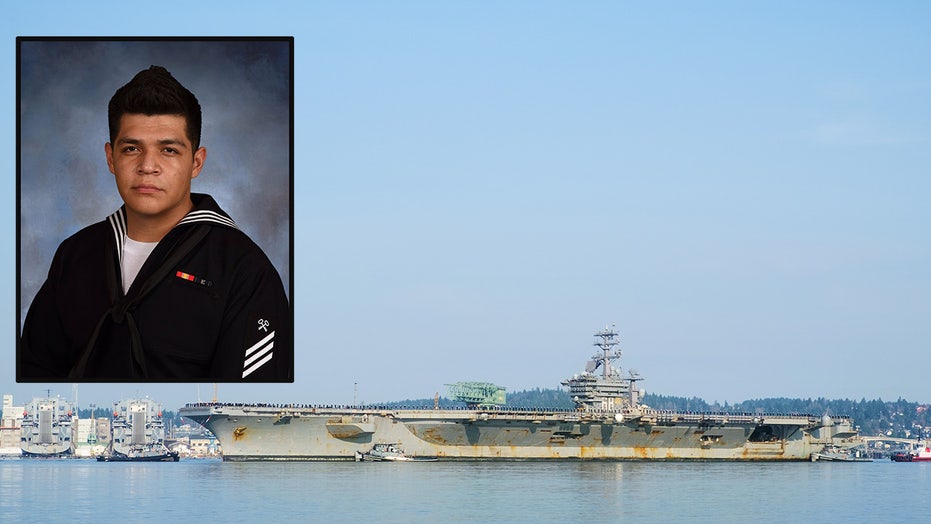 A Navy sailor from Illinois died Saturday after falling off an aircraft carrier while it was docked during a port visit in California, according to military officials.

The Navy identified the sailor on Twitter as Logistics Specialist Seaman Juan José Garcia-Herrera, 21, originally from Chicago. Garcia-Herrera fell from one of the lowered elevators on the aircraft carrier USS Nimitz late Friday and died at a hospital early Saturday.

The warship was in port at Naval Air Station North Island in Coronado, Calif. at the time of the incident.

"The accident is under investigation," the Navy said.

“Our thoughts and prayers are with the sailor’s family,” Petkovski told the Navy Times. “This tragedy was unexpected.”

The Nimitz left its Bremerton, Washington port on Sept. 16 to conduct the pre-deployment training.

Garcia-Herrera finished logistics specialist "A" school in 2017 and reported aboard the USS Nimitz shortly thereafter. He was deployed with the Nimitz later in 2017, according to FOX5.

"The crew mourns the loss of their shipmate and memorial plans are pending," the Navy said on Twitter.