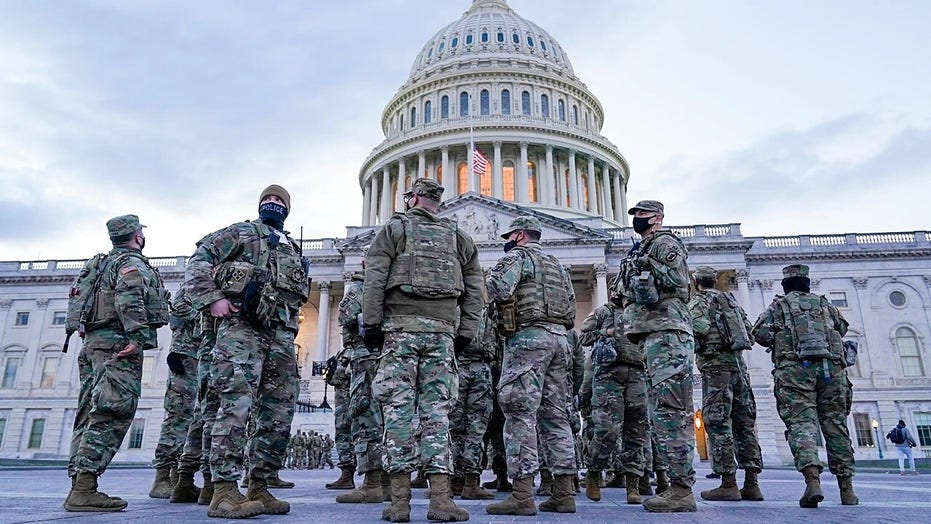 Presence of National Guard in Washington comes at steep price

FOX Business' Edward Lawrence breaks down spending for security at the Capitol.

The National Guard could stay in Washington, D.C. for the next several months, with an internal email indicating troops could be on the ground in the U.S. capital until Fall 2021, according to a recent report.

An internal communication obtained by local affiliate FOX 5 DC shows the National Security Council has asked the Department of Defense (DoD) to coordinate plans with the U.S. Capitol Police for continued deployment beyond the previously set March date.

Senior defense officials told Fox New’s Jennifer Griffin on Monday the email was part of "internal deliberations" and "no decisions have been made." 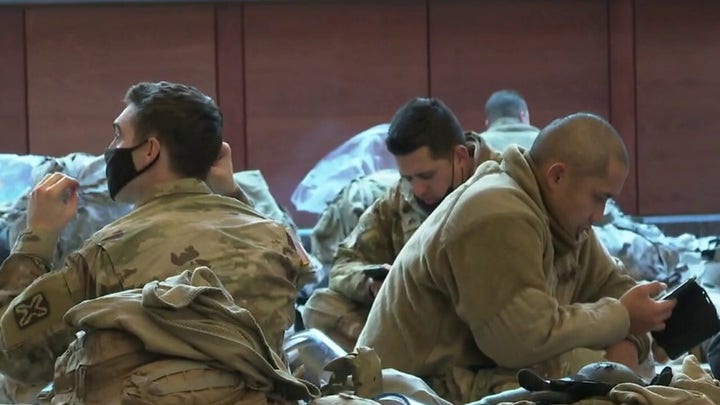 According to FOX 5, the law enforcement agencies will convene on Wednesday to discuss the matter further.

KEEPING NATIONAL GUARD IN DC HAS COST AN ESTIMATED $438 MILLION

Spokespersons for the U.S. Capitol Police and D.C. National Guard (DCNG) did not immediately respond to Fox News’ request seeking comment on Monday.

A DCNG rep told FOX 5 the National Guard "is conducting prudent planning for the eventual end of the security mission and the return of its Soldiers and Airmen to their home stations."

Officials have estimated the total cost for the National Guard deployment in D.C. to be nearly $450 million.

At the high point just before the inauguration, there were more than 26,000 Guard troops in the city, and they came from the 50 states and U.S. territories. A number of states ordered home their service members shortly after the Jan. 20 inauguration when troops complained of poor food and were forced to take their rest breaks in a Capitol Hill garage. Those conditions were said to have been quickly improved.

Fox News' Lucas Tomlinson contributed to this report, as well as The Associated Press.