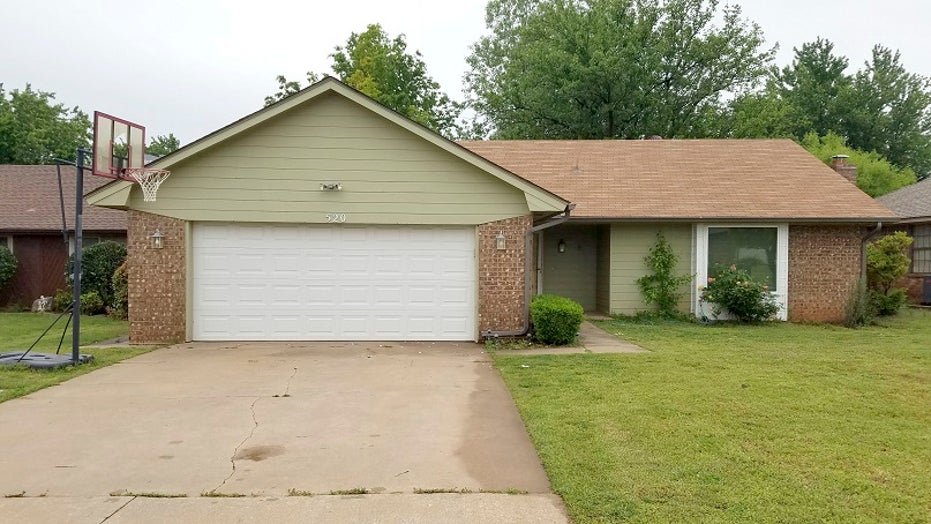 Police in the Oklahoma City suburb of Edmond announced Wednesday that a naked 17-year-old high school student was not armed when he was fatally shot by police Monday after breaking into a home.

The Oklahoma state medical examiner’s office identified the student as Isaiah Mark Lewis. Police initially said he was an adult following the shooting. Officers began searching for the teen after a woman called 911 to report a domestic disturbance for her neighbor.

Jenny Wagnon, Edmond police’s spokeswoman, said Lewis was shot after fighting with two officers who first used a stun gun on him. When the stun gun failed to subdue him, Wagnon said at least one officer then fired a handgun.

"We know a Taser was deployed because we found the probes in the suspect," according to Wagnon, who said one officer was treated at a hospital for a head injury and released.

Lewis was transported to the hospital where he died.

The department Wednesday identified the officers involved as Sgt. Milo Box and Officer Denton Scherman. Box has worked at the department for 17 years and Scherman was hired in September. Wagnon said neither officer was wearing a body camera during the shooting. The Oklahoman reported Box and Scherman were placed on paid administrative leave pending an investigation.

Lewis attended an alternative school for students who were behind in their graduation requirements.

"He had completed his coursework and was set to walk with his classmates ... in graduation ceremonies on May 18," Edmond Public Schools spokeswoman Susan Parks-Schlepp told The Associated Press.

This is the home where police said a naked 17-year-old high school student was fatally shot Monday after forcing his way inside on Monday, April 29, 2019. (The Associated Press)

Lewis’ family held a press conference Wednesday regarding the shooting.

"They don't get to assassinate my son's character," Vicki Lewis, the teen’s mother said, according to KFOR.

"He doesn't get to graduate May 18th like he could have,” she continued. “He didn't go to the prom."

ARIZONA WOMAN RUNS OVER BOYFRIEND WITH CAR, CLAIMS SHE 'BLACKED OUT,' POLICE SAY

During the Monday 911 call that prompted the police response, a woman who identifies herself as Lewis' 18-year-old girlfriend tried to take the phone from her neighbor to tell dispatchers that her "boyfriend just flipped out. I have no idea what's going on."

Other 911 calls later reported Lewis stripped off his clothes as he ran down the street. Police later said they chased him as he jumped fences before breaking into the house where he was shot.

Kamri Pollock, the woman who claimed to be Lewis’ girlfriend, told KFOR she saw no reason for police to be involved and she wanted to know “what he was on.” Police said they would have to await a toxicology report to determine if he was on drugs.

The medical examiner's office said only that Lewis suffered "multiple gunshot wounds" and that a final autopsy report is pending.