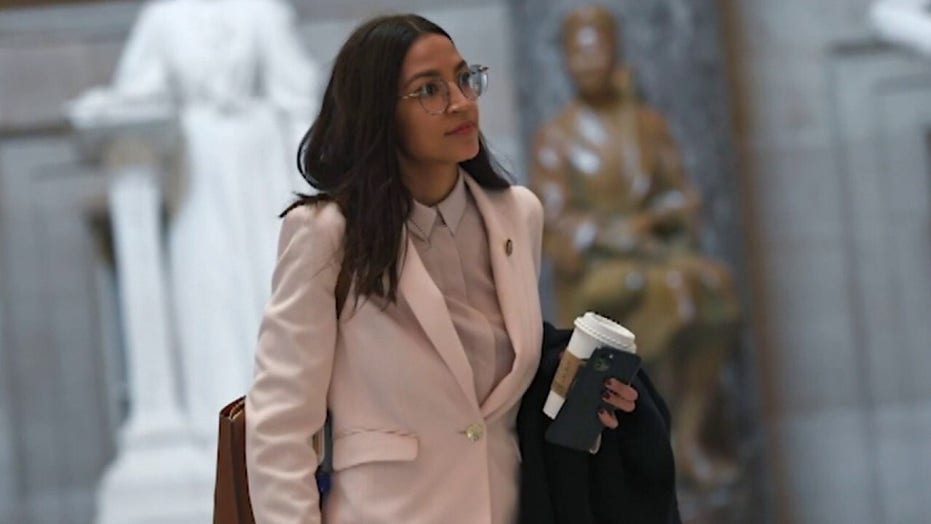 Rep. Alexandria Ocasio-Cortez adds her voice to the rallying cry to #CancelRent as millions suffer economic strain due to the coronavirus pandemic; Democratic and Republican strategists weigh in.

The so-called ‘Cancel the Rent’ movement has gained steam and the support of politicians like Rep. Alexandria Ocasio-Cortez, but landlords argue that stiffing them is no solution to the coronavirus-driven economic crisis.

It comes at a time as some Americans who have lost their jobs or had their pay cut are finding themselves in an increasingly difficult situation as they must find ways to cover their rent without the income they used to have.

On the other side of the coin, landlords are concerned that if rent isn’t paid, they will struggle with their own bills, such as building maintenance and state property taxes. 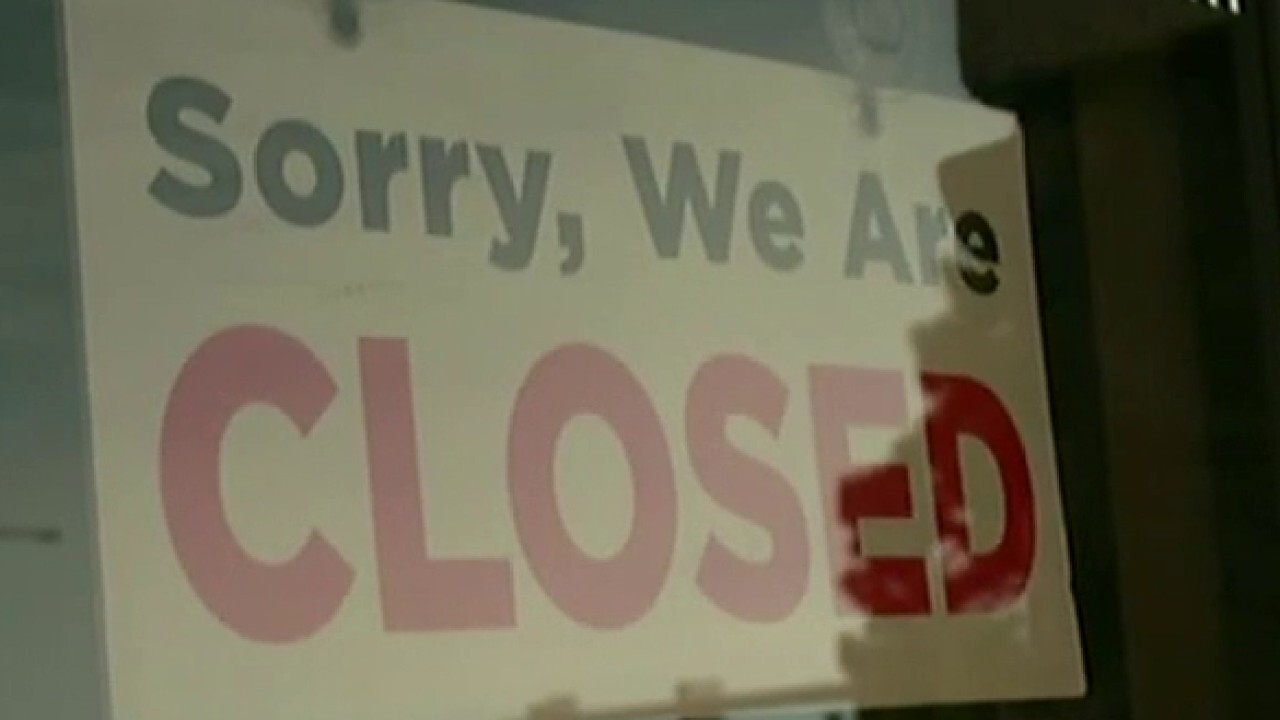 Fear of evictions amid fear of coronavirus

“Basically when elected officials come out and say they are supporting things like the cancel rent movement and proposing that they are supporting rent strikes, they’re essentially supporting the inability for folks to pay the bills that the government is putting on them directly,” Martin said. “So, it’s a problem and it’s not something we support.”

A sign with the message to "CANCEL THE RENT" is displayed in a vehicle windshield as a caravan of May Day protesters drives up 2nd Avenue outside the offices of New York Gov. Andrew Cuomo, on Friday. (AP)

He believes one solution could be the government giving property tax relief to landlords. This, he said, could help both sides.

“That is actually the most direct way that landlords can provide flexibility for those who can’t pay the rent,” Martin said. “Thirty percent of the average monthly rent check in New York is already paid right back to the city in property taxes – so that is a huge amount of flexibility an owner would have to work out a rent deal with a tenant.”

“We are asking and advocating for the federal government to provide some sort of direct voucher to those tenants who maybe don’t qualify for unemployment benefits or have somehow fallen through the cracks of the relief that has already been applied,” he added. 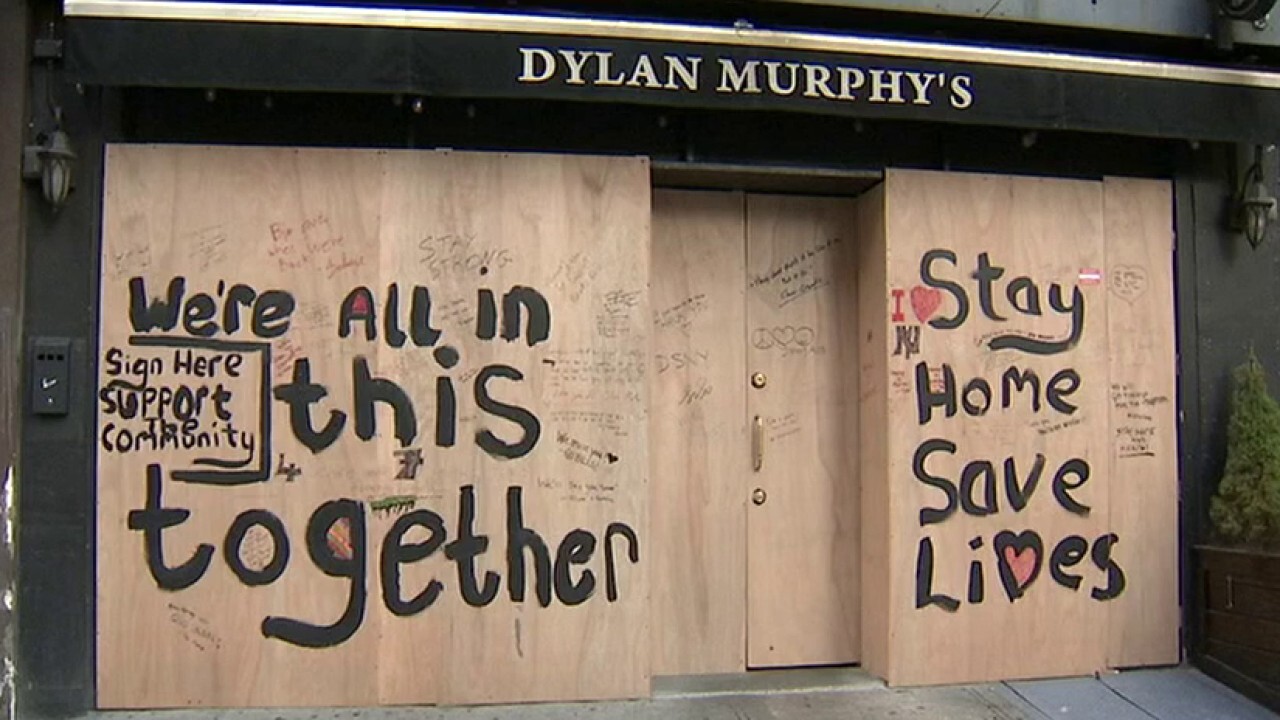 Eric Shawn: When will you get your job back?

The WSJ's Jon Hilsentrath on when the economic rebound will come.

Cea Weaver, the campaign coordinator of Housing Justice For All -- a coalition of organizations working with New Yorkers who are struggling to pay rent – says the issue will come to the forefront when moratoriums on evictions end and housing courts reopen.

“People are going to have rent that they owed with money that they don’t have,” she tells Fox News. “People have lost income. In New York, people already could barely afford their rent. We already had a totally unaffordable housing market.”

CORONAVIRUS AND THE BILLS: HOW TO STAY AFLOAT FINANCIALLY

Weaver says her group is “organizing to put political pressure on our state representatives to stand up to Gov. Andrew Cuomo to do the right thing.”

“We all have representatives in the state Senate and state assembly who could be using their offices to push him to do more,” she added.

A sign with the message to cancel rent is displayed on a vehicle in New York City. (AP)

Some landlords around the U.S. have gotten creative with their rent relief. In Milwaukee, one landlord dropped his two tenants’ April rent to just $100. And in New Jersey, a landlord who owns 12 rental properties has decided to waive rent for April, May, and June altogether -- a move that will end up costing him $50,000.

Meanwhile, on Capitol Hill, Rep. Ilhan Omar, D-Minn., has introduced a bill to cancel all rent and mortgage payments during the pandemic. The bill -- co-sponsored by fellow 'Squad' members Ocasio-Cortez and Rep. Rashida Tlaib, D-Mich., among others -- aims to establish full rent forgiveness, as well as a relief fund for landlords and mortgage owners.

“We must take major action to protect the health and economic security of the most vulnerable, including the millions of Americans currently at risk of housing instability and homelessness,” Omar said on her website.

President Trump initially ordered a freeze on evictions and foreclosures until the end of April, and governors and mayors across the country instituted measures extending that date even longer, but none of their orders have canceled rent outright. Even if a person doesn’t pay their rent, the amount due accumulates, meaning that when the orders expire, the bills must still be paid.

In a comment to The New York Times, Tara Raghuveer, director of the Homes Guarantee campaign of People’s Action, indicated that "Cancel the Rent" movement’s ultimate goal may not be to actually see rent canceled – as the action may be unconstitutional since it would require the government to void contracts and alter bank operations. Instead, Raghuveer sees a political potential in the movement.

“Rent is not being paid, and the organizing strategy is figuring out how we rally around that and politicize it for our benefit,” Raghuveer said.