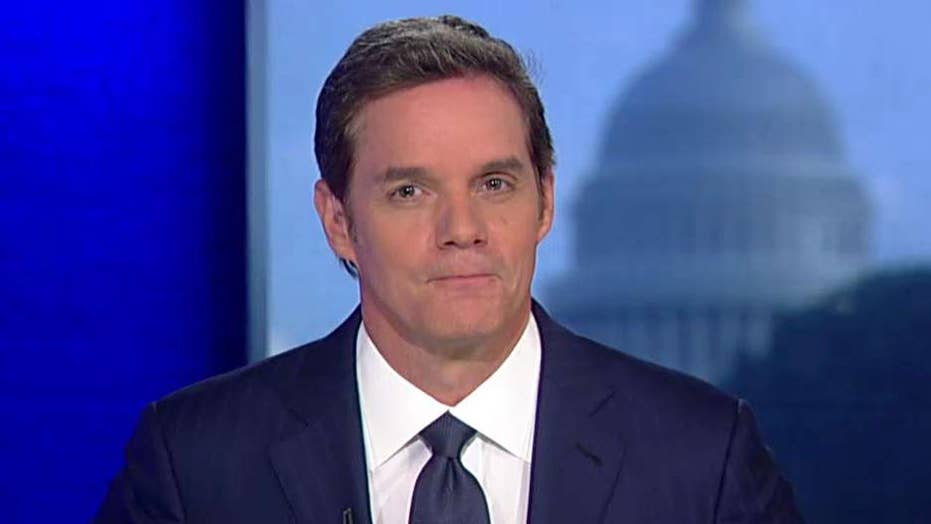 Coming up on Wednesday, Aug 16 edition of 'Special Report'

The White House told allies Tuesday that President Trump was “entirely correct” to blame “both sides” for the protest violence in Charlottesville, fighting back at critics of his response, Fox News has learned.

A memo of talking points obtained by Fox News stated that during his remarks in the lobby of Trump Tower on Tuesday, the president was “entirely correct – both sides of the violence in Charlottesville acted inappropriately, and bear some responsibility.”

Conservative commentator Laura Ingraham said Tuesday that politics are clearly at the root of the string of protests surrounding the removal of Confederate statues.

'WE GOT OUR LEADER BACK'

Conservative author Ann Coulter praised Trump on Tuesday after he publicly denounced the "alt-left" for contributing to violence during a white supremacist rally in Charlottesville, Va. this weekend.

"We were Gideon's army without Gideon. Today, we got our leader back," Coulter tweeted following the president's remarks.

Think North Korea and Charlottesville have made President Trump forget about that “no” vote Sen. John McCain cast July 28 on the ObamaCare “skinny repeal” amendment?

From all indications at Trump’s Tuesday press conference at Trump Tower in New York City, the Arizona Republican’s vote remains very much on the president’s mind.

Former Alabama Supreme Court Chief Justice Roy Moore and incumbent Sen. Luther Strange are headed to a Sept. 26 runoff in Alabama’s Republican Senate primary after finishing atop the field in Tuesday’s election, according to a projection from The Associated Press.

The other major candidate, U.S. Rep. Mo Brooks, finished third in the race for the seat vacated earlier this year by Attorney General Jeff Sessions.

Daniel Craig, who once said he’d rather “break glass and slash my wrists” than play 007 again, told “The Late Show With Stephen Colbert” on Tuesday that he will return for another James Bond film.