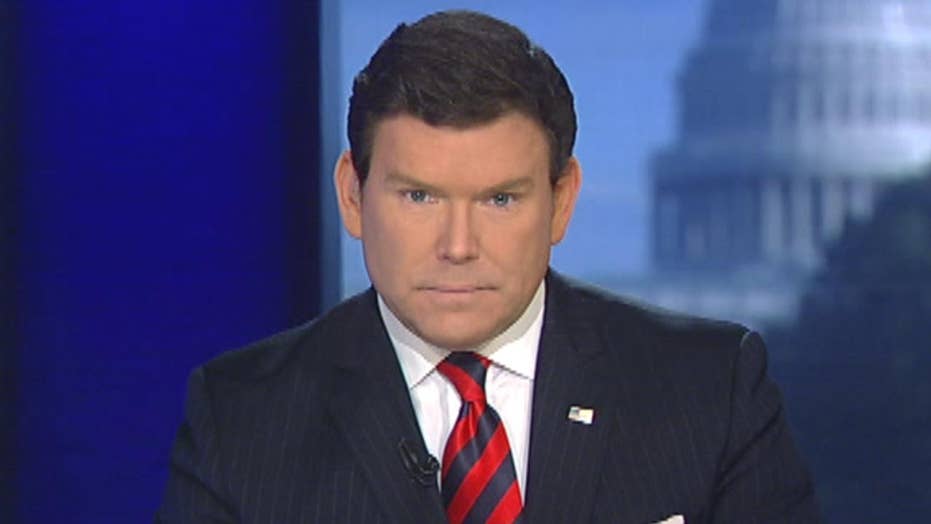 Coming up on Wednesday, Jun 7 edition of 'Special Report'

Authorities in Tehran responded Wednesday to a pair of attacks across the city that took place at the country's parliament building and a shrine for the country's late leader, two state news agencies reported.

Iranian police stand near the parliament's building during a gunmen attack in central Tehran, Iran, June 7, 2017. TIMA via REUTERS ATTENTION EDITORS - THIS IMAGE WAS PROVIDED BY A THIRD PARTY. FOR EDITORIAL USE ONLY. - RTX39DS2

State TV later reported that four attackers took part in the parliament attack, and that eight people were wounded.

'TUCKER CARLSON TONIGHT': WHY IS THE UK, FRANCE HOTBEDS FOR TERROR?

SOLAR PANELS ON THE BORDER?

President Trump on Tuesday reportedly suggested that solar panels could offset some of the costs to erect a border wall on the U.S.'s southern border.

Trump made the pitch on Tuesday during a meeting with congressional Republicans, two lawmakers who attended the meeting told The Wall Street Journal.

The relationship between President Trump and his attorney general, Jeff Sessions, has become so frayed, Sessions recently suggested that he could resign from his post, multiple news reports said.

Trump reportedly turned down the offer. The reported offer was not a formal one.

'TUCKER CARLSON TONIGHT': LEGISLATION WOULD USE SANCTUARY CITIES TO PAY FOR WALL

'HANNITY': ERIC TRUMP: THE MEDIA IS OUT OF CONTROL

'TUCKER CARLSON TONIGHT: KUSHNER SCANDAL IS A 'NOTHING BURGER'

REPORT: COMEY ASKED NOT TO BE ALONE WITH TRUMP

A longtime Boston Red Sox analyst faced criticism Tuesday after comments he made about the use of translators during visits to the pitcher's mound, saying players should learn "baseball language."

6:30 AM ET: Wilbur Ross, commerce secretary, will be on ‘Mornings with Maria’

8:00 AM ET: Kevin McCarthy, House majority leader, will appear on ‘Mornings with Maria’

8:20 AM ET: Mark Frissora, Caesars Entertainment CEO, will be a guest on ‘Mornings with Maria’

8:30 AM ET: Tim Wentworth, President And CEO, Express Scripts will be on Mornings with Maria