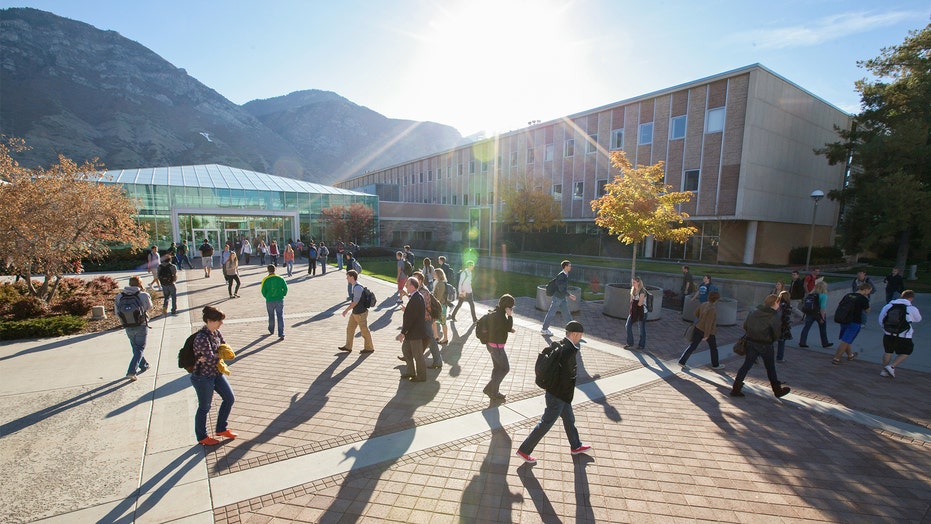 Utah’s Brigham Young University on Wednesday clarified its stance on homosexuality, stating in a letter that “same-sex romantic behavior” is not allowed on campus, in a rebuke to LGTBQ students who perceived last month’s revision of the school’s code of conduct as a victory.

The university, owned by The Church of Jesus Christ of Latter-day Saints, had removed a section of the code dedicated to “homosexual behavior.”

The campus of Brigham Young University in Provo, Utah.  (byu.edu)

The clause that upset people said: "All forms of physical intimacy that give expression to homosexual feelings" are prohibited. Students complained that it was interpreted to be a ban on gay couples holding hands or kissing.

BYU officials said on Feb. 19 that questions about permitted behaviors by same-sex couples would be dealt with on a case-by-case basis.

LGBTQ students and allies celebrated the announcement. But their hopes were dashed after the university posted a letter online Wednesday saying it was clarifying that the revision doesn't change the "moral standards" of the church or the faith's opposition to same-sex marriage.

"Same-sex romantic behavior cannot lead to eternal marriage and is therefore not compatible with the principles included in the honor code," wrote Paul V. Johnson, commissioner of the church education system.

The clarification letter sparked an uproar. Addison Jenkins, a former BYU student and a past president of a campus support group for gay and lesbian students, called it "cruel" to LGBTQ students who thought the campus was becoming more welcoming.

"This says: We do not care and we are no longer embarrassed about not caring about queer people," Jenkins said.

Dozens of students gathered on campus Wednesday to protest the letter, holding signs such as "Stop harming our LGBTQ students" and "Love one another," The Salt Lake Tribune reported. They sang "Love One Another" and chanted "Hey hey, ho ho, the Honor Code has got to go."

The Church of Jesus Christ of Latter-day Saints, also known as the Mormon Church, teaches its members that being gay isn't a sin but engaging in same-sex intimacy is. The faith has tried to be more welcoming toward LGBTQ people over the past decade while adhering to its doctrinal belief that marriage is reserved only for a man and a woman.