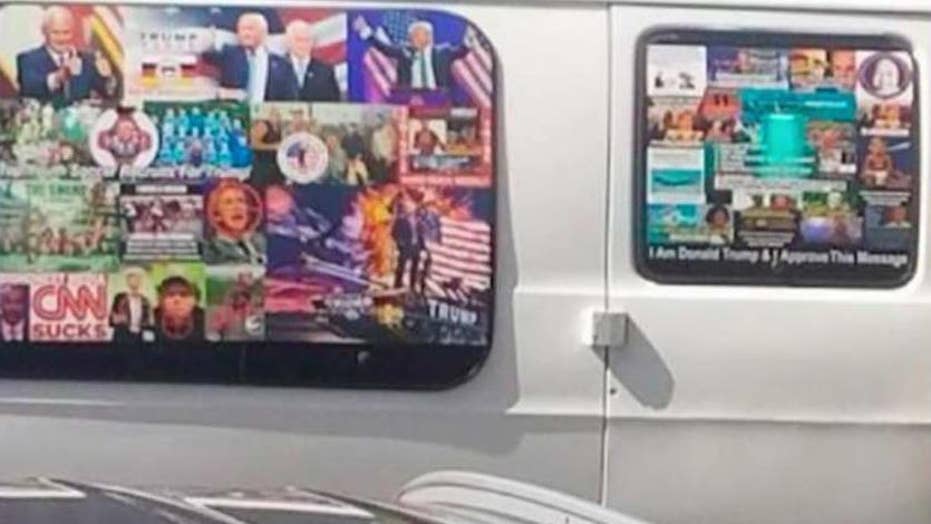 The mother of the man authorities said mailed more than a dozen pipe bombs to prominent Democrats and others who spoke out against President Trump reportedly said in a letter that her son has been mentally ill for a while.

Madeline Sayoc, the mother of Cesar Sayoc, told ABC News in a letter sent by her lawyer that she has not lived with her son for 35 years, and did not hear from him in over four years. She said that she did not raise her children to incite fear and only found out about her son’s arrest after waking up from surgery.

She told the network that she was “shocked and confused” to her that her son may have caused “so many people to be put in fear for their safety.”

Her son faces up to 48 years in prison if he is convicted on five federal charges filed against him in a New York court. None of the bombs Sayoc is alleged to have mailed exploded, but several were delivered to addresses in New York City.

Federal prosecutors have previously asked that Sayoc remained jailed until trial and reports emerged this week that the 56-year-old had been planning to mail the bombs since July.

His mother said that his family worked to get him the treatment that he needed and called for the country to change the laws to allow families to “compel and require mental health treatment for those in need of such treatment” before their illness gets worse.

"...Our political leaders, like our President Donald Trump, need to recognize that there are many sick people in this country who take their rhetoric and words of 'War with the Media' and 'War with the Democrats' to heart," she said, according to ABC News.