Evelyn Rodriguez, who was struck and killed by an SUV on Friday, appears with President Trump at a forum on MS-13 gang violence in Bethpage, N.Y., May 23, 2018. Just months earlier, Rodriguez's daughter was brutally murdered by MS-13 members, according to authorities. (Getty Images)

A grieving New York mom whose daughter was brutally murdered by MS-13 gang members -- and who was later honored by President Trump at a State of the Union address -- was struck and killed by an SUV Friday at her daughter’s memorial site after getting into a confrontation with the driver.

Evelyn Rodriguez, 50, was preparing for a vigil when she was struck in Brentwood, N.Y., around 4 p.m. -– two years to the day the body of her 16-year-old daughter Kayla Cuevas was found in a wooded area of New York City's Long Island suburbs, which have been known for MS-13 violence. 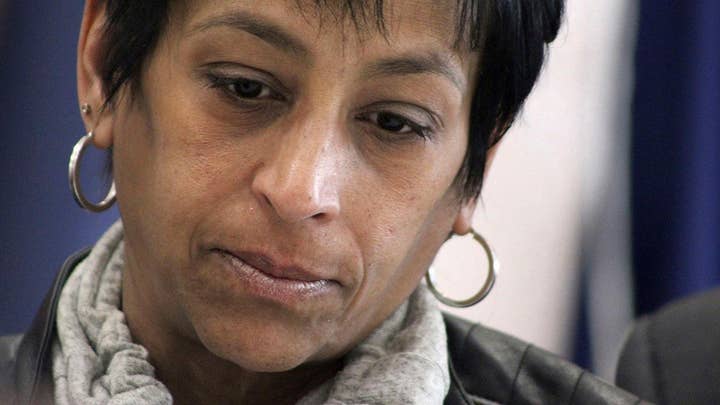 Rodriguez was struck following a heated argument with the relative of a person who lives near the memorial over its placement.

She and another person were standing in the street and yelling when the SUV sped toward them and struck her. The driver was not arrested, but Suffolk County police said their investigation was continuing.

Rodriguez was taken to a hospital where she died, the New York Post reported.

“My thoughts and prayers are with Evelyn Rodriguez this evening, along with her family and friends. #RIPEvelyn,” Trump tweeted Friday. 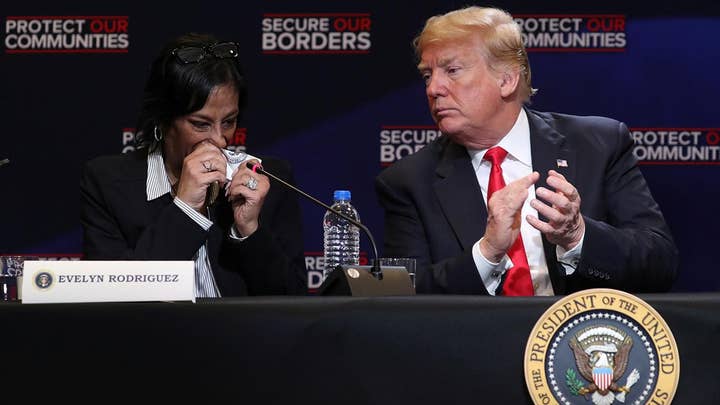 Suffolk County District Attorney Tim Sini was a police commissioner when Cuevas and her friend Nisa Mickens, 15, were killed and said Rodriguez was “one of the strongest people” he’s ever met and that he was heartbroken over her death.

“She was a fierce advocate for her hometown of Brentwood and was fearless in her fight to put an end to the violence caused by MS-13 to ensure that other parents never have to endure the pain she suffered,” Sini said. 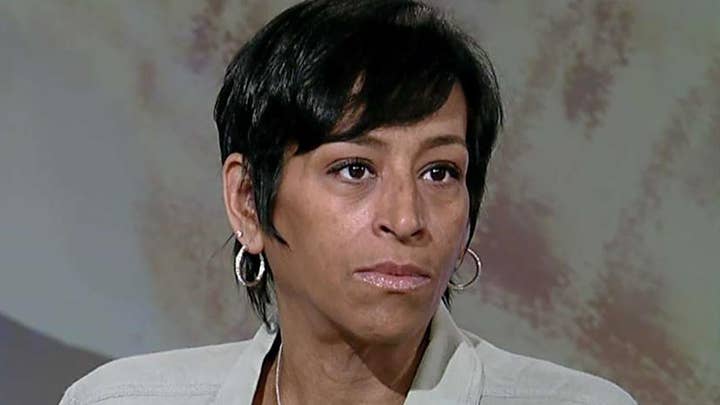 Rodriguez had been outspoken against gang violence after Cuevas and Mickens were attacked and killed with machetes and baseball bats in 2016.

Along with Cuevas’ father, Freddy Cuevas, and Mickens’ parents, Rodriguez attended Trump's State of the Union address in January and sat alongside Trump at a gang violence forum in May in Bethpage, Long Island.

She conveyed the fear residents felt to a House subcommittee last year.

“The MS-13 gang is so unpredictable you just don’t know who is who with them,” Rodriguez said. “MS-13 is a new breed of murderers, they are children, kids killing kids, and as they continue to grow, so does their techniques of recruiting helpless kids into their wicked actions.”

Prosecutors says Cuevas was targeted because of disputes with MS-13 -- or Mara Salvatrucha -- gang members at her school and Mickens was in the wrong place at the wrong time.

She later sued the Brentwood School District for $110 million over claims that it ignored warnings that MS-13 gang members were threatening her daughter, saying employees had failed to act.

The alleged killers face murder charges that could result in the death penalty.

Trump has lashed out at the gang since taking office, blaming the violence on soft immigration policies.

An MS-13 member last month pleaded guilty to a killing four men who he believed to be rival gang members in nearby Central Islip, N.Y..

The victims were lured to a park and attacked with machetes, knives and clubs.