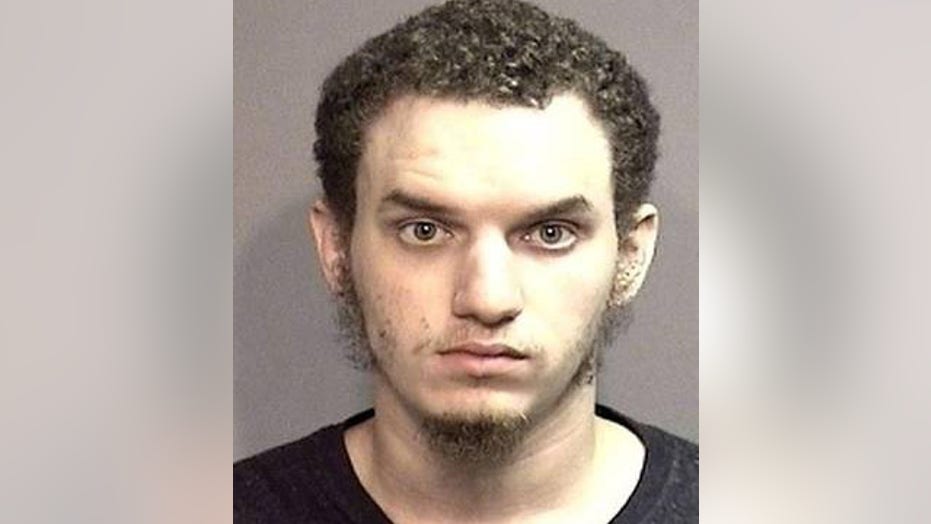 A Missouri man pleaded guilty on Monday to attempting to provide material support to the Islamic State (ISIS), the Justice Department said Tuesday.

Robert Lorenzo Hester Jr., 28, was arrested in February 2017. Prosecutors have said that he reached out to undercover FBI agents who were posing as ISIS operatives to say he was willing to help with an attack.

He was told the attack would target "buses, trains and a train station in Kansas City" on Presidents Day, according to the affidavit.

Hester expressed interest in helping ISIS from October 2016 to February 2017, authorities say, and his guilty plea is his admission of wanting to provide support to the terror organization.

The government said it intends to recommend a 20-year sentence in federal prison under terms of a plea deal, but Hester will receive no less than 15 years.

Authorities say Hester told undercover law enforcement officers, whom he thought were ISIS members, that he was ready and willing to participate in a "plot" involving mass casualties. He expressed increased interest in committing violence and supporting the terror group as his contact with the undercover agents continued, the Justice Department said.

Multiple sources had reported to the FBI that Hester posted content online that "indicated that he had converted to Islam, expressed animus toward the United States, and posted photos of weapons and the ISIS flag, among other material, suggesting an adherence to radical Islamic ideology and a propensity for violence," according to the plea agreement.

In conversations with undercover officers, Hester said the U.S. government should be overthrown, and he also suggested "hitting [it] hard," the Justice Department said. Hester also indicated he wanted a "global jihad."

He told agents that possible targets for an attack could include "oil production" locations, "military bases," "federal places," "government officials" and "Wall Street," according to DOJ.

"Any government building in D.C. would get attention of everyone," Hester told undercover agents, the department said.

Hester also touted familiarity with "assault weapons" and said he favored the AK-47, citing his enlistment in the Army for less than a year, the Justice Department said. He received a general discharge in 2013 for violating Army regulations, The Kansas City Star reported.