Missouri Gov. Mike Parson activated the National Guard on Thursday in response to the national unrest over the Breonna Taylor case in Kentucky.

In a statement, Parson called the move a "proactive approach" and said the Missouri State Highway Patrol is also standing by in case its assistance is needed by local law enforcement agencies.

"We are saddened by recent acts of violence that have occurred in some cities across the nation,” Parson, a Republican, said in a statement announcing his executive order. “We fully support the right of citizens to peacefully protest and are committed to protecting that right. At this time, we are taking a proactive approach in the event that assistance is needed to support local law enforcement in protecting Missouri and its people.” 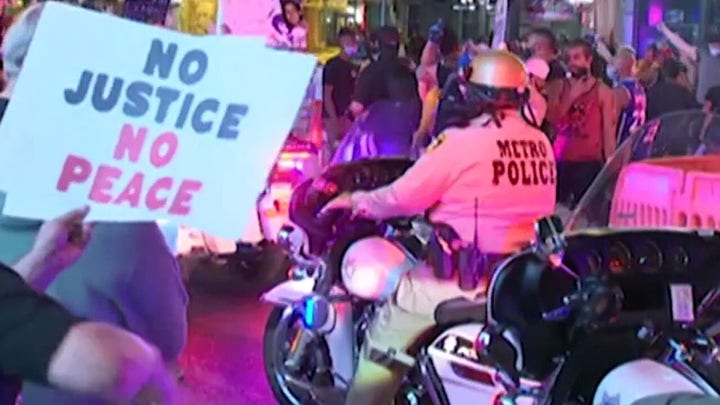 He was fired in June over his role in the fatal shooting.

The grand jury decision prompted protests in several cities, some of which turned violent. In Louisville, 127 people were arrested and two officers were shot. In Seattle, one officer was hit in the head with a baseball bat. He was wearing a helmet at the time.

Parson said his decision was made as a precautionary measure, despite no violent demonstrations having occurred in Missouri in response to the Taylor case.