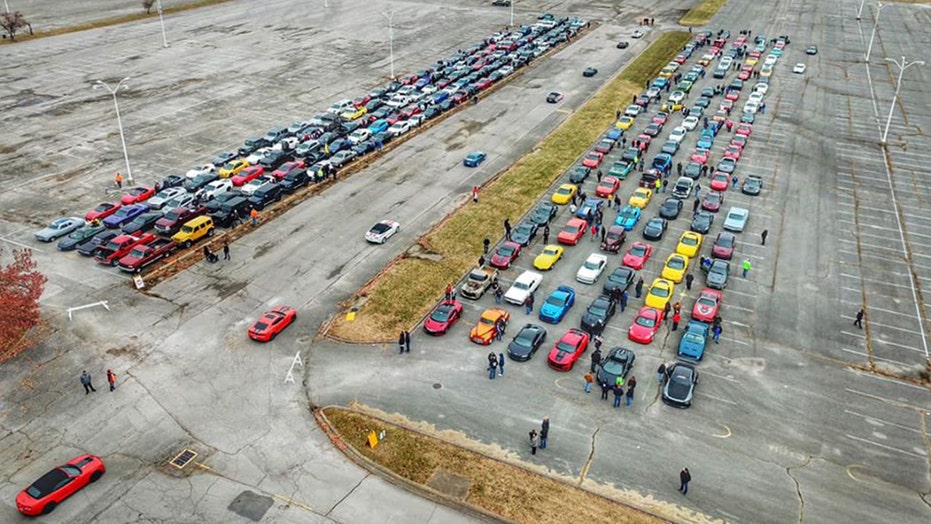 A young Missouri boy who loved sports cars died of cancer earlier this month, and his final wish — to have his funeral procession lined with cars — came true on Sunday.

Alec Ingram, of Washington, died at age 14 on Nov. 7, after battling a years-long battle with the very rare Osteosarcoma bone cancer, which he was diagnosed with in 2015 after breaking his arm.

Ingram's story spread online, where the Facebook page "Alec Ingram's fight with Cancer" has more than 12,000 followers. The boy's family said he had a massive love of sports cars and he wanted "race cars and sports cars to take him to his final resting place."

His sister wrote online that his love of sports cars "has reached so many people and will be an amazing turnout for Alec."

Dana Manley, the coordinator of Sydney's Soldiers Always, the group that coordinated the event, told KMOV Alex "was just a kid we met" who was "into super cars and sports cars." They wanted to help, so they "put out a flier on Facebook to get as many as we could."

The publicity worked. On Sunday, an estimated 2,100 sports cars and 140 motorcycles showed up at Six Flags St. Louis to support the 14-year-old.

Marsha Stewart, who drove her Jeep in the procession, said she felt that being there, it was like she had met Alec. "It's phenomenal to see all these cars coming in here," she added.

"Every state, including Alaska and Hawaii, will be coming out for this," said Ryan DeClue. "Canada. People coming down from absolutely everywhere."

The procession started at Six Flags and led to Washington, where Ingram's funeral was held.

Ingram's family said he "lived more life in his 14 [years] then a lot of us could ever imagine." Describing him as an "old soul," they said Ingram "touched more lives all over the world in his short time here then we may ever know" and thanked everyone for their thoughts and prayers throughout his cancer battle.