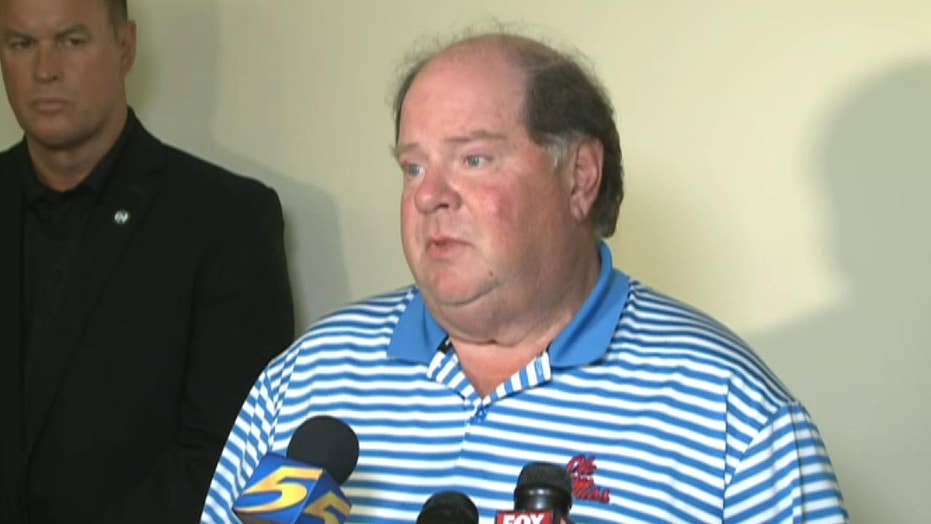 Two people who were fatally shot when a gunman opened fire in a northern Mississippi Walmart on Tuesday have been identified and the suspect has been charged with two counts of murder.

The shooting suspect has been identified as 39-year-old Martez Abram of Southaven, Miss., who officials said was recently fired. He was reportedly let go after showing a knife to a fellow employee, according to DeSoto County District Attorney John Champion.

Police said Abram, also accused of injuring a police officer at the Walmart, is in police custody at a hospital in Tennessee after being shot twice by police outside the Southaven business.

Abram is accused of shooting and killing 38-year-old Anthony Brown of Olive Branch,  according to DeSoto County Coroner Joshua Pounders.

Employees said Brown was a store manager and was shot inside the store. The 40-year-old has two children, according to Fox 13 Memphis.

Walmart employee Brandon Gales of Hernando was fatally shot in the Walmart parking lot, according to his brother and employees. Relatives said the 38-year-old had worked at the store for about 16 years and was most recently a department manager, Fox 13 Memphis reported, adding that Gales is a father of three.

Southaven Police Chief Macon Moore said Abram shot an officer who was saved by his bulletproof vest before a second officer shot him twice.

Moore said at 6:33 a.m. the department received calls about an active shooter and a fire in the store, where 60 employees were working.