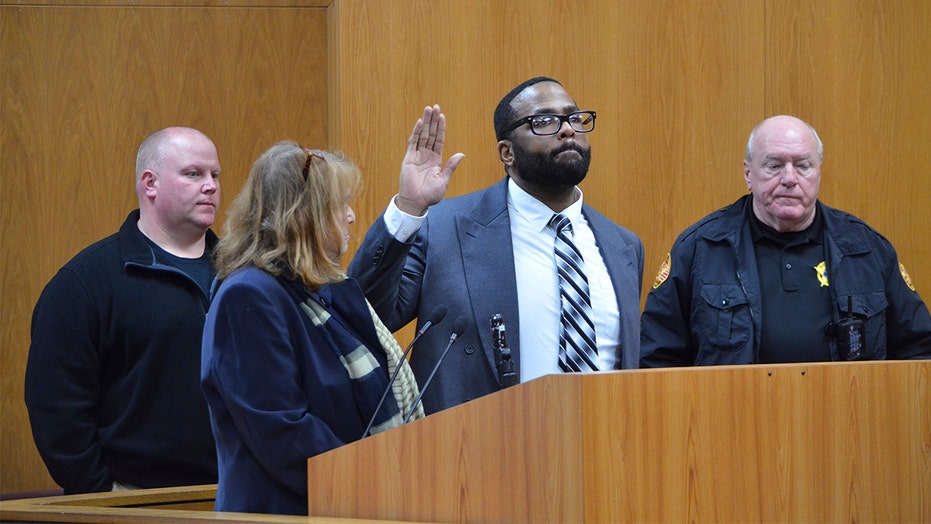 A man accused of killing eight people, including a deputy sheriff, on Memorial Day weekend 2017 was convicted Tuesday by a Mississippi jury.

Jurors will now decide whether to impose the death penalty.

Prosecutors said Willie Cory Godbolt, 37, fatally shot eight people including relatives and an officer who responded to the domestic disturbance on May 27, 2017. Witnesses testified Godbolt first went to the home of his in-laws and argued with his estranged wife, Sheena Godbolt, and their children. Four were killed at that home: Lincoln County deputy sheriff William Durr; Barbara Mitchell, Sheena's mother; Toccara May, Sheena's sister; and her sister-in-law Brenda May.

Defendant Willie Cory Godbolt is sworn in before telling the court he did not want to testify on his own behalf in his capital murder trial Monday, Feb. 24, 2020 during Day 9 of testimony at the Pike County Courthouse, in Magnolia, Miss. (Donna Campbell/The Daily Leader via AP, Pool)

Later that night in the early hours of May 28, two more people were killed in a second home: 18-year-old Jordan Blackwell and 11-year-old Austin Edwards. Tiffany Blackwell arrived at home to find her son and nephew dead. “She had a message on her phone, 'You f--ked up my family. Now I’ve f--ked up yours,'” Assistant District Attorney Brendon Adams told jurors, according to the Daily Leader.

Hours later, a married couple, Ferral Burage and Sheila Burage, were shot to death at a third home. Godbolt was arrested near a business as he walked away from the Burages' house, investigators said.

Jurors on Sunday were shown video of Godbolt in the hours after he was accused of killing the eight victims. “I’m completely sorry and heartbroken about that deputy,” Godbolt said.

Lincoln County sheriff’s Deputy Chuck Francis testified that Godbolt spoke to him about slain officer Durr shortly after his arrest.

“If the deputy had family, let them know I’m sorry. He was not part of my plan,” Francis recalled Godbolt telling him.