A Minnesota city is reconsidering its decision to no longer say the Pledge of Allegiance at the start of city council meetings after facing major backlash.

The St. Louis Park City Council unanimously voted on June 17 to amend the procedure rules so that the pledge would no longer be said before the start of every session in an effort to serve a more “diverse community.”

“We concluded that in order to create a more welcoming environment to a diverse community we’re going to forgo saying the Pledge of Allegiance before every meeting,” Council Member Tim Brausen said ahead of the vote.

“If we have an appropriate opportunity, if we have a boy scout color guards or others in attendance or if its a special occasion we will consider using the pledge of allegiance before the meetings,” he continued.

In a matter of a few minutes, with no further discussion, the board voted 5-0 in favor of the amendment to proceedings.

Council member Anne Mavity, who sponsored the rules change, told KARE 11 that she doesn’t feel saying the pledge is necessary, especially for non-citizens. 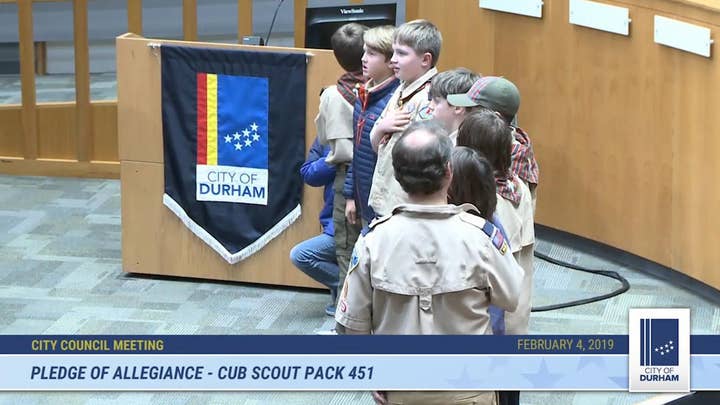 "Not everyone who does business with the city or has a conversation is a citizen," she said. “They certainly don't need to come into city council chambers and pledge their allegiance to our country in order to tell us what their input is about a sidewalk in front of their home.”

But not everyone was receptive to the change made in the city belonging to Democratic Rep. Ilhan Omar's 5th congressional district.

“If you aren't PROUD to say OUR Pledge of Allegiance then you should NOT be our Government official. It is literally pledging allegiance to our United States of America,” one Twitter user wrote in response to a tweet of the vote posted by the Minnesota Senate Republicans.

“Can not believe one person didn’t oppose this. The citizens who voted these people in should be embarrassed and ashamed of the councilmen and themselves,” another person chimed in.

St. Louis Park Mayor Jake Spano took to Twitter Thursday to announce that the council would be revisiting the issue during the next meeting on July 8.

“Historically, when a decision is made by the council, it’s over and we move on but after hearing from more people than I can count in the last day (many admittedly not from SLP), I asked my colleagues to revisit this decision and a majority of them agreed,” his tweet read.

Spano also said he was “out of the state” when the vote took place and that he was “not a fan of the proposal.”

College reinstates Pledge of Allegiance at board meetings after public backlash

The Santa Barbara City College Board of Trustees has backtracked on their decision not to recite the Pledge of Allegiance at meetings after former adjunct instructor Celeste Barber takes a stand.

But in an earlier statement to KARE 11, he said recognizes that not everyone in the “community  enjoys the benefits of those words and it’s my job to everything I can to fix that.”

“First, I think there are more substantive things we should be working on to make our city more open and welcoming and secondly, I’ve always used the last six words, 'with liberty and justice for all,' as a reminder to me that not everyone in our community enjoys the benefits of those words and it’s my job to do everything I can to fix that," his emailed statement read.

Spano did not immediately respond to Fox News’ request to clarify his separate statements.

As it stands, the new rule proceedings will go into effect on July 15 unless a change is made during the July 8 session.